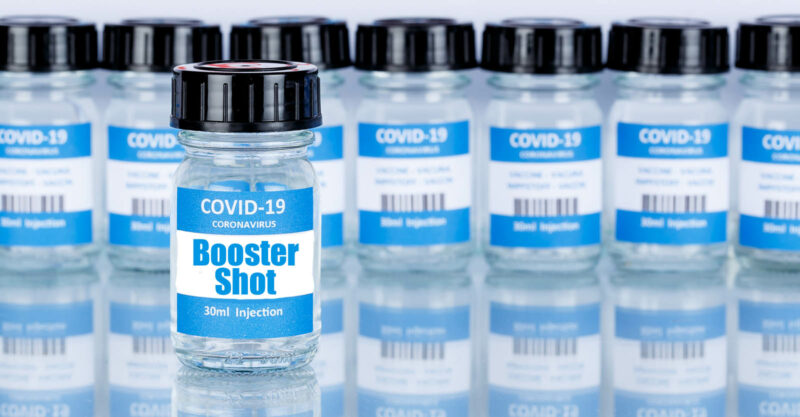 For a threat that has evaporated. Liability-free, of course. No human testing of the new US “bivalent” boosters

And in the US, the vaccine has not had any human testing yet.  Moderna began injections last week but their study won’t complete till year’s end.  By then the 512 people in the Moderna trial will be irrelevant to the tens of millions that already received this new booster, which so far has only completed its testing in mice. Mice. Can you believe it?

But that is okay, because there is no liability — you cannot sue the clinic, the manufacturer or the government regulators and program planners who urged you to get vaccinated.  You can beg DHHS to pay you if you are injured or die, but so far, no one has gotten a penny for a COVID vaccine injury.

Canada, the European Union and Switzerland and the US all approved the rollout of untested (US) or barely tested (UK, Canada and EU) COVID vaccine booster doses the same day.  The UK approved them 2 weeks earlier.

Giving the entire country an untested vaccine without any emergency reason to do so is a crime — except that US DHHS Secretary Becerra extended the emergency yet again in July, making it legal to use unlicensed vaccines and drugs.

And Wednesday, the FDA withdrew the EUA on the older vaccine, so even if you want to get the old Pfizer or Moderna boosters, they are no longer available. If you wanted to snag a vial to test what was in it, well, there are none for snagging any longer (as boosters anyway).

Note that in the article below, Dr. Sanchez, the only ACIP member who voted against the data-free rollout of this vaccine, is being denigrated as an “Ohio pediatrician” instead of a professor at the University of Ohio with a very distinguished research career. The propaganda can be very subtle, you see.

Moving forward with the new boosters

Scientists from the companies that make the two boosters said the Omicron variant is the most distant antigenically from the original SARS-CoV-2 virus and that adding Omicron alongside the original virus in a bivalent (two-strain) vaccine has the potential to broaden protection, based on data so far. BA.4 and BA.5 share the same spike protein.

The action comes just a day after the Food and Drug Administration (FDA) authorized for emergency use bivalent boosters from Moderna and Pfizer-BioNTech. The Moderna booster was authorized for people ages 18 and older and the Pfizer booster for those ages 12 and older.

After discussions today, which included extensive presentations from CDC experts, scientists from Moderna and Pfizer, as well as comments from the public, the CDC’s Advisory Committee on Immunization Practices (ACIP) passed the recommendation with 13 yes votes and 1 no vote for both boosters in separate votes.

No data from human studies yet

Several ACIP members aired reservations about the lack of clinical data specifically on the BA.4/BA.5 version of the booster, while acknowledging that waiting would delay the boosters a few more months. Clinical trials are under way, and the FDA based its EUA authorization on clinical data from the Omicron BA.1 bivalent booster, which has been approved in Europe, and preclinical data on the BA.4/BA.5 version. The updated Omicron boosters are made with the same method as earlier mRNA vaccines and contain the same antigen load.

ACIP member Pablo J. Sanchez, MD, an Ohio State pediatrician, voted no for both boosters, saying he would rather wait for the results of clinical trials—those involving people. “We really need the human data,” he said.

Still, he said he thinks the bivalent vaccines will have the same safety profile as current mRNA COVID vaccines made by Pfizer and Moderna and says he will likely receive one of the new boosters.

The boosters will be given at least 2 months after primary vaccination or the last booster dose. CDC officials said to simplify the process, vaccinators will focus on the time since the last vaccine dose was given, not the number of earlier booster doses people have received.

Federal officials are putting high hopes on uptake of the updated boosters as a way to blunt an expectedsurge in the fall and winter. Levels of BA.5 activity are still high in many parts of the country, and the proportions of BA.4.6 subvariant are low but have been slowly rising, especially in a handful of Midwestern states.

Though about 77% of adults have had their primary COVID-19 vaccine series, booster uptake has been lukewarm so far. Only about half of eligible adults have received a booster shot, and only 34% of adults ages 50 and older have gotten their second booster doses.

Sara Oliver, MD, MPH, who leads ACIP’s COVID-19 vaccine group and is a medical officer in the CDC’s National Center for Immunizations and Respiratory Diseases, said the CDC estimates that 200 million people will be eligible to receive the updated booster, with 171 million doses available for fall and beyond, which she said is a “sufficient but finite” supply.

She said CDC polling conducted in August with the University of Iowa suggests that 72% of respondents would definitely or probably receive the updated booster and 63% would be extremely or somewhat willing to get both the flu vaccine and the updated COVID booster.

From modeling projections, she said the CDC estimates that broad uptake of the updated booster early this fall could prevent more than 100,000 hospitalizations, compared to a later or more limited rollout, and save billions in direct medical costs.

Given that the updated booster rollout will occur alongside seasonal flu vaccination, CDC experts today covered vaccine co-administration and acknowledged the complexity for vaccinators, which in some instances includes similar-looking vaccine vials. Elisha Hall, PhD, RD, with the CDC’s vaccine task force, said both vaccines can be given at the same time, with temporary reactions similar or slightly highly higher. She said the CDC will be providing resources to help healthcare providers navigate rolling out both vaccines.

Both Moderna and Pfizer have said they have scaled up manufacturing to be ready to deliver doses this monh. Immunization with the updated shots can begin as soon as the CDC director formally accepts ACIP’s recommendation.

Moderna’s representative said today that the company expects to apply to the FDA for emergency use of the vaccine in children ages 6 though 17 in late September. Yesterday, Pfizer said it hopes to submit an application for kids ages 5 though 11 in early October.

In a snapshot of COVID activity in the Europe, the European Centre for Disease Prevention and Control said all countries have now passed their BA.5 peaks, but activity remains relatively high. And the latest surveillance update from the United Kingdom said most COVID markers have declines, but hospitalizations remaining highest in those ages 85 and older.

Elsewhere, officials in the Chinese city of Chengdu—home to 21.2 million people—ordered a lockdown, as it launches a 4-day mass testing effort, according to Reuters. Chengdu is in southwestern China. The lockdown, part of China’s “zero COVID” policy, is the largest since the spring.