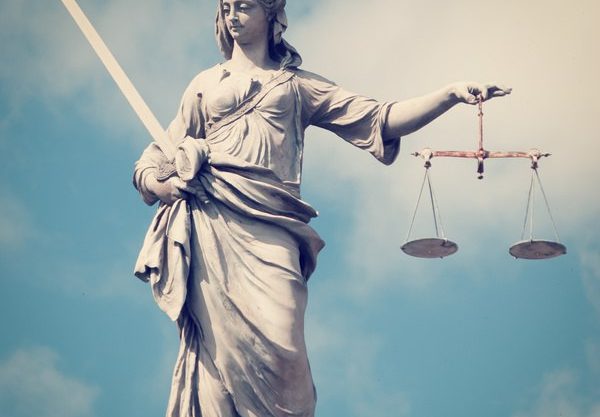 In statements made by Greece’s Health Minister Thanos Plevris on national private broadcaster Mega Channel on Nov. 29, he revealed unvaccinated medical workers, who have been suspended since September 2021, will be reinstated no later than Jan. 1, 2023. However, the specific date of reinstatement remains unclear.

Plevris’ statements came just one day after the official publication of a decision by the Council of State — Greece’s highest administrative court — declaring the continued suspension of the unvaccinated medical workers unconstitutional and in violation of the “legal principle of proportionality.”

In decision 2332/2022, a seven-judge panel of the Council of State voted 6-1 in favor of the National Association of Public Hospital Employees (POEDHN), who had filed a lawsuit against the Greek Ministry of Health on behalf of the suspended medical workers, finding that the extended vaccine mandate was unconstitutional.

Children’s Health Defense (CHD) Europe initially reported the news of the Greek high court decision last week, including information provided by one of the suspended medical workers, indicating that the decision would be officially published and delivered to Greece’s health ministry by Monday, Nov. 28 — information that was later confirmed.

In his televised remarks on Tuesday, Plevris stated that the vaccine mandate for medical workers, which was set to expire on Dec. 31, 2022 after having been extended on March 31, 2022, when the original mandate was set to expire, will not be renewed, following the Council of State’s decision.

Plevris, however, could not help but to inject his view that the Council of State’s recent decision was “dangerous,” stating:

“The [decision] will be implemented after we take all the necessary precautions so that there is a strict protocol in place for the protection of public health.”

“They will surely return on January 1st, but based on the protocols which we will develop, I don’t know if their return might be sooner.”

Plevris’ non-committal stance, and his comments characterizing the high court’s decision as “dangerous,” led to a reaction from entities that have been representing the suspended health workers throughout their fifteen month suspension.

Maria Bania, a member of the board of directors of the Association of Healthcare Professionals for Democracy and Freedom (SYDE) and a member of the “Medical Workers Against Mandates” movement, issued the following statement to CHD Europe following Plevris’ on-air remarks:

“Mr. Plevris, our supposed health minister, after the publication of the Council of State’s decision which clearly states that the extension of the suspension [of the unvaccinated medical workers] is unconstitutional, first thought it wise to question the decision of the highest court of the land and, following this, to announce that we will be reinstated on Jan. 1, 2023, and indeed, be subject to heightened protective measures to ‘ensure’ that we will not pose a ‘threat’ to public health!”

“Let us first reiterate that the court’s decision is immediately enforceable. In other words, it must have already been implemented as of yesterday, when it was published. [Plevris] is sidestepping this and continues his stubborn tactics, obliging us to remind the health services about the illegality of not immediately implementing a final ruling of the high court.”

“Secondly, [Plevris] spoke of heightened protective measures, even though all of our colleagues have already previously contracted COVID regardless of their vaccination status. It’s understandable that it is difficult for someone to let go of their stubborn behaviors. The government’s obsession is taking precedence over logic and over our hard-earned rights. We believe, however, that the government’s efforts to wreck the public health system has succeeded to a great extent, therefore not necessitating it to continue its tactics with regard to the suspensions.”

“At any rate, [Plevris] is very busy during this period, ‘cutting ribbons’ at ribbon-cutting ceremonies.”

Other suspended medical workers, speaking to CHD Europe on condition of anonymity because they have not yet received legal guidance regarding their next steps following Plevris’ statements, expressed their confusion over whether their date of reinstatement will, in fact, be Jan. 1, 2023 or earlier, as Plevris left both possibilities open.

Also reacting to Plevris’ remarks, Athens-based attorney Vasilis Papanikolaou, who had previously represented 32 of the 38 medical workers who were arrested in July 2022 for protesting outside the residence of Greek Prime Minister Kyriakos Mitsotakis, and who were later acquitted, posted his views on his Facebook page, stating:

“Plevris the fascist stated earlier on Mega Channel that the Council of State’s decision will be enforced on… Jan. 1! And, indeed, with “strict protocols”!

“The fascist Plevris is breaking the law. The Ministry of Health and the management of the medical institutions are obliged to immediately implement the Council of State’s decision which ruled the suspensions were unconstitutional, and must immediately reinstate the medical workers.”

“With regard to the ‘protocols’, they already exist, as for months now, medical workers whose vaccinations have ‘expired’ are working by presenting rapid tests. In any event, the issuance of a ministerial decision which would set forth exactly what policies will be in effect for the fully unvaccinated medical workers, could have been a matter of just a few hours.”

Papanikolaou’s characterizations of Plevris hearken back to the health minister’s political past, as he had previously been elected as a member of the Greek parliament under the aegis of the far-right Popular Orthodox Rally (LAOS) political party.

Unvaccinated medical workers in Greece have been suspended without pay since Sept. 1, 2021 due to their non-vaccinated status. During the 15 month period which followed, they organized a number of highly visible protests and actions, with some suspended workers going as far as to launch a 33-day hunger strike in March-April 2022 and a new hunger strike which began Nov. 17, just days before the Council of State’s decision.

In July 2022, a group of suspended medical workers protested outside the Greek prime minister’s residence and were subsequently arrested but were later acquitted, as noted above.

Previously, in a televised interview broadcast on Oct. 16, Plevris had stated that the suspension of the unvaccinated medical workers was “one of the most correct decisions” taken by the current government since it came to power in 2019.

With parliamentary elections in Greece set to take place no later than July 2023, it is widely viewed that the Council of State, via its recent decision, relieved the Greek government of a political “hot potato” — and the potential embarrassment of having to withdraw a measure it steadfastly clung to even after lifting most other COVID-related restrictions.

The Council of State’s decision also led to other categories of unvaccinated medical workers, such as medics who were employed by the Greek military, to call for a return to their jobs. No specific information is available as of yet though regarding their potential reinstatement.