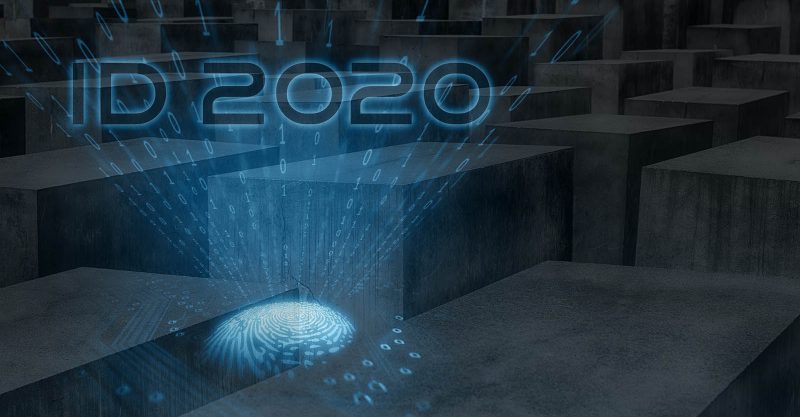 CHD Europe are re-publishing this article by John Stone, which first appeared on the 1 November 2019 on the Age of Autism website warning that we were on the brink of an extreme political era comparable to 1930-45. We believe it gives a useful historical context to subsequent events.

These days history happens by stealth: the big shifts in power are often only incidentally reported in our mainstream news-media and can be hard to detect even by experienced watchers. Until a year ago almost no one had heard of the Global Health Security Agenda, although the project started in 2014 under the Obama administration and has already destabilised nations: something which is neither conjecture or “conspiracy theory” but easily established from public documents. Late last year I highlighted a column in electronic BMJ by J Stephen Morrison “senior vice president at the Center for Strategic and International Studies and director of its Global Health Policy Center”:

“The term “smart power” was new to me when I encountered it recently in a British Medical Journal blog as part of the new-speak vocabulary of J Stephen Morrison ‘senior vice president at the Center for Strategic and International Studies and director of its Global Health Policy Center”.  Morrison’s article is interesting both because it discloses explicitly how 9/11 was made an opportunity  to draw health into the global security agenda of the United States while failing to understand how such a move might result in the shattering of “consensus” and the post war “Western post-war liberal order”: “smart power” even if it is smart is not “liberal” and will not lead to consensus. But it also spells out that the global vaccine program has become a covert instrument of US power. If Morrison by any chance laments the passing of the centre-left government in Italy, then perhaps the White House putting Italy and its health minister, Beatrice Lorenzin, in charge of global vaccine strategy was an error.

“Morrison thinks it is a paradox but it is scarcely so if a government is seen to pursue coercive health measures over its citizens at the behest of a foreign power – even those who favor vaccination could be concerned at the state’s new found powers over their bodies (which might also be indefinitely extended). If that was not so smart a political move perhaps the technology is not so smart either – as I remarked  to Steven Salzberg a few years ago: “The unwelcome news is that the “cruise missiles and drone helicopters” of the war on disease often hit the wrong target, and the more cruise missiles and drone helicopters you unleash the greater the risk”.

“Frankly, no one knows what they are going to be injected with next. Smart bombs become too easily the agents of international chaos and mistrust: just so the smart bombs of the war on disease, both for what they can do to your body and what they can do to the political landscape, including destabilizing friendly governments. “Smart power” is also duplicitous: Italy is just the surrogate of the US. Why could the citizens of the world not have it directly from the mouth of Obama saying in effect ‘your bodies are not your own and we inject into them what we like?’.”

But the heat was turned up again at the beginning of 2019 when the World Health Organization declared “the vaccine hesitant” to be a threat to world health, and the Global health terror over measles was launched despite inadequate evidence either for the spread, or the casualties. Also, of course, pinned to the tails of the largely artificial measles scare, was the demand for compliance with a host of other products to combat other diseases. Implausibly, health officials continue to stick to the baseless proposition that a two-month old infant can benefit from unlimited barrage of biological products without risk of harm, and never seem to have heard of the concept of “over-medication”.

And just in the last weeks, without publicity, the European Commission have published a document designed to lead to a vaccine ID being attached to the European passport by 2022. What is perhaps most alarming about this is that none of it has come into place with any democratic mandate at all: Obama’s manoeuvres were entirely executive, no one elected the European Commission and there has been no popular demand for such measures, in Italy one government was voted out having brought in mandates in the preceding months and another voted in committed to repealing them, and reneged on its promise. Where did it come from? Meanwhile, everywhere citizens who speak out are loaded with hatred and abuse by the mainstream media: journalists who were not there, do not know what happened, and do not know or apparently care about the complexity of the scientific literature.

But now from behind the scenes a consortium has emerged: the ID2020 Alliance with founder members Accenture, GAVI, Microsoft, the Rockefeller Foundation and IDEO.org, formed in 2017 with the apparent object of tagging every global citizen by the year 2030. GAVI in turn is in partnership with every vaccine manufacturer, and plainly global vaccination is at the heart of this agenda: it was also in 2017 the director of GAVI, Seth Berkley, who called for “anti-vaxxers” to be excluded from social media – which meant in ad hominem terms anyone who was critical of the vaccine program in any respect. Berkley, it may be remembered was nominated by the Mail on Sunday as “the fattest charity fat cat of them all” while GAVI’s activities are heavily bank-rolled by the British government. Whatever these people are doing it is well outside the scrutiny of the global public, and not all necessarily for their benefit.

There must also be a shiver at the inclusion of the Rockefeller Foundation. As recorded in Wiki:

“Beginning in 1930 the Rockefeller Foundation provided financial support to the Kaiser Wilhelm Institute of Anthropology, Human Heredity, and Eugenics, which later inspired and conducted eugenics experiments in the Third Reich.

We may also recall (again from Wiki) the involvement in the Third Reich of another great American company, IBM:

“As the Nazi war machine occupied successive nations of Europe, capitulation was followed by a census of the population of each subjugated nation, with an eye to the identification and isolation of Jews and Romani. These census operations were intimately intertwined with technology and cards supplied by IBM’s German and new Polish subsidiaries, which were awarded specific sales territories in Poland by decision of the New York office following Germany’s successful Blitzkrieg invasion. Data generated by means of counting and alphabetization equipment supplied by IBM through its German and other national subsidiaries was instrumental in the efforts of the German government to concentrate and ultimately destroy ethnic Jewish populations across Europe. Black reports that every Nazi concentration camp maintained its own Hollerith-Abteilung (Hollerith Department), assigned with keeping tabs on inmates through use of IBM’s punchcard technology. In his book, Black charges that “without IBM’s machinery, continuing upkeep and service, as well as the supply of punch cards, whether located on-site or off-site, Hitler’s camps could have never managed the numbers they did.“”

Perhaps, late in 1929 (though it was a bad time) few could have quite imagined the dark misadventure on which the planet was embarked. Here we are 90 years on and we have to be alert.