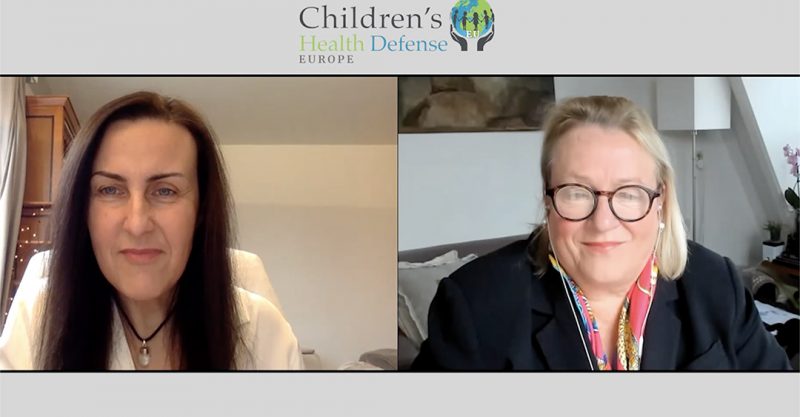 Articles from Senta Depuydt on Children Health Defense:
Does The Coronavirus Pandemic Serve A Global Agenda?
What Really Happened In Berlin? CHD’s Senta Depuydt Was There

Time: from 8’50 / CAF about the Corporate Media

“What they [people] will see in their lives is government turning on and off a healthcare crisis and trying to scare them with a healthcare crisis, the goal of which is to get them to take a series of injections that will put in their bodies things that make them easier to control.”

The Solari Report Wrap Up on pensions
The G-7 Is Dead, Long Live Jackson Hole

Time: 33’ / ‘The central banking warfare model’, it is out of harmony with life’

“If we don’t like the G7 leadership reset, then we need to do a reset. But a reset is required.”

Links and references:
Book Review: The Edge of the World – Michael Pye

Watch Sir James Goldsmith in 1994 on the Charlie Rose show explains the change to the global model and what the problems with it are. He came to the United States to try to stop the creation of the World Trade Organization and stop the globalization model.

Time: 40’ / “As long as it’s digital, Mr. Global doesn’t care if it’s called dollars, francs, or wampum beads.” None of that is relevant.”
“In a digital age, data about money is worth more than money.”

A Solari Report, The End of Currencies

Time: 50’ / “Going back to the smart grid, once you have that cloud capacity at the Federal government, you can radically reengineer all of the programs and cash flows basically through a combination of having the grid built out to every community, every home, and every person so that you can integrate everything through the cloud and reengineer it at a very, very high speed – which is clearly what they are moving up to – including privatizing massive amounts of functions in a way that gives corporations the kind of control that they need to censor all of the social media.”

“Build your own fresh food system. (…/…) Once you’ve got food and water covered, do energy. Anything that you can do to ensure that the critical things that you need in your life are available from people of integrity, do that.”

Time: 1h06’40 /“It’s pretty frightening, and it’s happening now, people. People need to understand that there is an attack on sovereignty – both at the individual sovereignty and also sovereignty of the nations.”

Time: 1h11’40 / “I believe that there is a significant risk. If they are not getting their way, they are going to pile on the fear. The way to pile on the fear is to pile on the death. We know that we are facing an enemy that has bioweapons all over the world. They have been engaging in America, and I call it ‘The Great poisoning’.

So people are being poisoned with many different forms. It’s complicated. Chemical warfare and EMF radiation is much easier to manipulate and control, but by whatever mechanism – whether it’s EMF or whether it’s the rollout of 5G (which is a control technology) or it’s chemical warfare or biological warfare – if they want to pile on more death and fear, they can.”

Dolores Cahill
Solari Report, The Injection Fraud
“Whatever we call them, I know one thing. They are not medicine, which means they sure are not vaccines.”

Links
Coming Clean: Building a Wonderful World
Senta Depuydt, Taking A Covid Vaccine Is Not A Gesture Of Solidarity
The EMA (European Medicine Agency, like the American FDA)
The Solari Reports on entrainment technology

Time: 1h30’ / “The head of Luxemburg who later became head of the ECB say when he was running Luxemburg, “We know what to do; we just don’t know how to get elected after we do it.”

Solari Report, State of Our Currency

The door is not shut. Let’s win this fight!