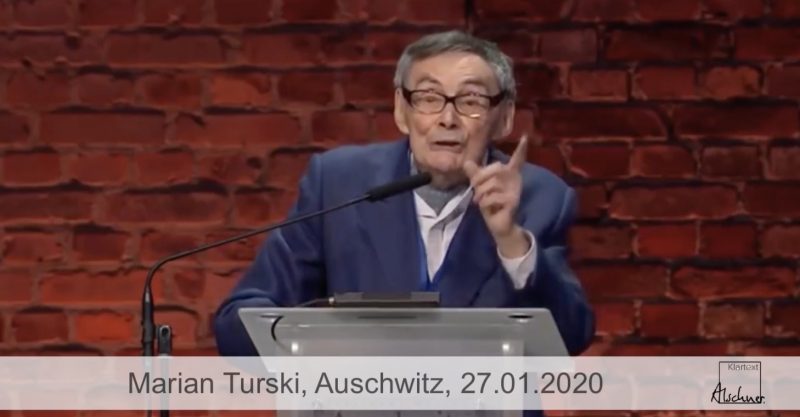 It is no coincidence that more and more people are standing up and expressing their displeasure at unprecedented pressure that governments and the media are putting on people who allow themselves to ask questions. Because the number of questions is growing, and political and scientific decisions are becoming more and more dubious. Why do experimental substances continue to be injected even though both approval studies and post-marketing observations show that they are dangerous?

At the same time, the alarmism of politicians and the media is becoming increasingly absurd. The substantive issues and obvious contradictions are not dealt with. The topic is again/continues to be “Corona deniers” against whom one must “defend oneself”, as one newspaper headlined. No! This has got to stop!

It is not the Corona measure critics who are a danger to democracy, but those who exclude and criminalize legitimate minority interests. Vera Sharav, a courageous and hard-tested lady, who herself survived the Holocaust and now lives in New York, drew my attention to an important speech given by Marian Turski on the occasion of the 75th anniversary of the liberation of the Auschwitz concentration camp, at the place where he himself narrowly escaped extermination by misanthropes and agitators who had turned murderers. It is a speech with frightening topical relevance:

As a historian with a doctorate, I know the gravity of the subject and its sensitivity. But I also know about the responsibility we bear today if we look away when exactly what happened back then happens again: the gradually increasing stigmatization (people were unjustly slandered as “Spreaders of Disease” back then, too!) of minorities. The majority principle is a feature of democracy, says Turski, but the protection of minorities is its essence. Democrats are called upon to defend the rights of minorities. Otherwise, there may be another rude awakening. Said Marian Turski on January 27, 2020. We are not in Auschwitz yet, thank God. But we are on a very slippery slope.

Published originally in German at Alschner.Klartext. The views and opinions expressed in this article are those of the authors and do not necessarily reflect the views of Children’s Health Defense Europe.