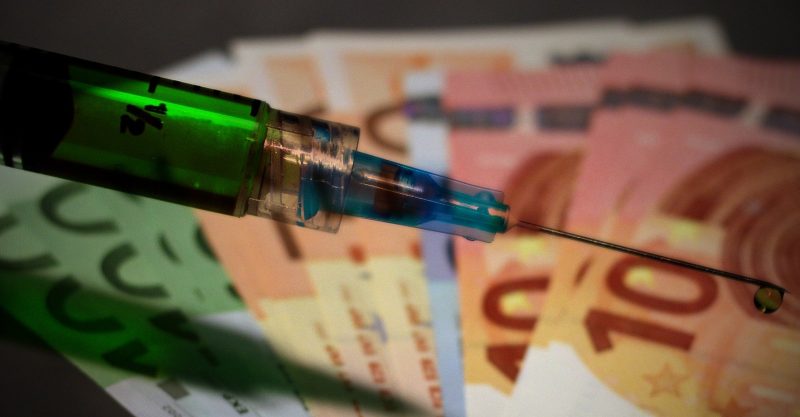 As unbelievable as it may sound, a group of selected members of the European Parliament have been trying unsuccessfully for months to obtain information about the Covid vaccine contracts signed by the European Commission. After weeks of persuasion, a very small number of them were granted exceptional favors under exceptional conditions. They were finally allowed to read extracts from a 67-page document from the 400 million doses of the Curevac contract in a special reading room in the European Commission’s Health Departmentread in a single 45 minute visit without being able to make copies or use their cell phones. However, the commission graciously allowed them to use a pencil and sheet of paper … all under the supervision of a commission official.

Michèle Rivasi , a French member of the Green Group, said in an interview how angry she was after leaving the room.

„It was a real struggle to even see the contract. In September we voted to give the pharmaceutical companies an additional budget of 2.1 billion euros to boost vaccine production.   In November, we submitted a request to agree find out how much each laboratory actually gets from this pot and where the vaccines are produced. But the commission kept replying that all of this was strictly confidential as negotiations were still going on. I kept asking this for weeks, especially as a member of the Budgetary Control Commission, that’s just part of my job.When I finally got to see the contract, practically all relevant information had been blacked out, and subsidies had already been granted. There were simply two pages missing with the names of the production units, pricing and price per dose, down payments and the pages on liability for product defects or vaccine damage.

Other selected readers of this precious document were equally angry and also complained to Ms. Stella Kyriakides , the health commissioner, in the following plenary session . She replied that these were the conditions imposed by the vaccine manufacturers and that the Commission had been forced to accept them as it was in an emergency situation.

On the national news channel , Belgian MEP Philippe Lamberts said this was an absolute scandal.

„At first I was surprised that contracts with pharmaceutical companies are not public. The general interest is that the customer, the citizen, should know through his representatives what he is buying and on what terms. […] If the contract is secret is held, then not to protect the interests of the citizens, but to protect the interests of multinational corporations who do not want these elements to be made public because they do not want free market competition. „

The Ecological Party MP added that it was not too late to make the contracts public. „It’s not production secrets that we ask for disclosure, but contractual provisions. And there is no reason not to make them public. If they blackmail people by saying,“ If you force the contracts out, we won’t Sign a contract with you „then the European Commission should expose these companies to public retaliation!“