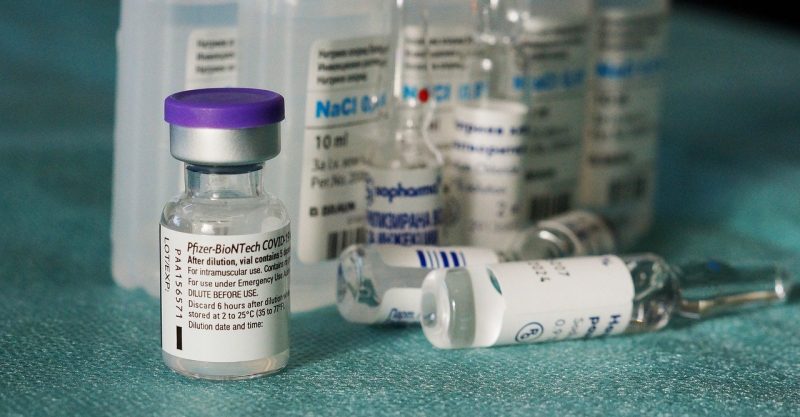 Are Italian the first Europeans to pay the price of a blind trust in the Covid-19 mass vaccination experiment? The charts published in Eudravigilance the European database of suspected adverse reactions show an amazingly high number of severe allergic reactions to ‘Comirnaty’ the mRNA Pfizer/BioNtech vaccine with about one third of all adverse events recorded in Europe.   On a total of 26,849 adverse events reported for this vaccine, Italy had as many as 8,741 cases followed by 2,347 for the United Kingdom, 2,046 for Spain and 1,777 for Germany.

The most frequent events are ‘the general disorders and conditions relating to the administration site’ and next are  ‘nervous system disorders’.  The report even made news in some Italian mainstream media.

Giuseppe Paolin a member of the Lega Nord asked the minister of Health Roberto Speranza to investigate these alarming observations.  The North League is a party who was part of the previous government and some of its members had strongly opposed to mandatory vaccination. Presumably they will follow up closely on this matter and keep the pressure on those in charge of the vaccination programme.

Italian health officials are now seriously worried and have brought the case to Mr. Hans Kluge who leads the European branch of the WHO. In the meantime, none of this seems to trouble the EMA who issued a reassuring press release on Comirnaty’s safety on January 29th mentioning that “safety data collected on Comirnaty use in vaccination campaigns is consistent with the known safety profile of the vaccine, and no new side effects were identified”.

AIFA the Italian drug agency also published a first pharmacovigilance report. “During the period considered, 7,337 reports were received out of a total of 1,564,090 doses administered (reporting rate of 469 per 100,000 doses), of which 92.4% referred to non-serious events, such as pain at the injection site, fever, asthenia/fatigue, muscle aches. Headache, paresthesias, dizziness, drowsiness, and taste disturbances were also observed with Comirnaty. Other local reactions and widespread joint pain are less frequent. As expected, fever was reported more frequently after the second dose than the first.

Still according to AIFA “During the period, 13 deaths occurring within hours of vaccination were also reported that, in the most detailed and complete reports, were not related to vaccination and were largely attributable to the underlying condition of the person vaccinated”.

Here too, we have contrasting news. Several papers reported  ‘inexplicable high numbers of deaths in care homes’ within 2 weeks after vaccination. For example in a care home in Rebbio where all the senior residents and 90% of the health care providers had been vaccinated, 21 residents died within a couple of weeks, while 85 out of 93 residents were declared to be contaminated with Covid-19.

For the president of the Foundation managing the facility these deaths remain “inexplicable: we avoided close contact opportunities, no one except the employees was able to enter the structure, and moreover we followed the same protocols of our other structures, and there nothing happened”, explains Beccalli.

Similar events were also reported in senior residences of other countries such as Gibraltar, Norway and Spain for example.

These sad findings raise a number of fundamental questions that urgently need to be addressed before going any further.

Are vaccine injuries equally reported in other European countries?

When compared to other countries it seems that Italy has one of the highest number of adverse events for most vaccines, not only for the Covid-19 vaccine. The most likely explanation is this case is that the reporting is more frequent and efficient in Italy than in other countries.  In fact Italy has led several experiences of ‘active surveillance’ in the past decade. A recent study conducted in a three week follow up with telephone calls to families of 2,149 children vaccinated with an MMRVaricella vaccine even highlighted how ‘utterly inadequate’ normal reporting systems are. Based on the daily diaries and regular phone checks, as well as hospital records, the research revealed that no less than 46,2% of the vaccinated children had suffered adverse reactions from the vaccines. Of those reactions 11% were serious according to criteria established by the WHO, which means that an average of 4 to 5% are serious adverse events.

Perhaps these kind of studies could partly explain why Italy  is also home to one of the most vaccine hesitant population on the planet. In any case, if this is the most likely explanation to the discrepancy between numbers recorded in Italy and the rest of Europe, it’s time to improve reporting systems of other countries.

In the United Kingdom a more ‘active’ surveillance using a phone app  called Zoe also showed almost one third of individuals vaccinated with the Pfizer jab declared side effects and about 14% of those were systemic.

The EMA  announced that the Covid-19 vaccination campaign would benefit from maximal transparency as well as a unique follow up with the deployment of an infrastructure for real-world monitoring of treatment and vaccines.  It would worth asking an independent expert team to review how well this monitoring will be conducted.

Are there specific risk factors for specific groups?

Still other factors could explain different numbers.  There could be particular characteristics in the Italian population either genetic or epigenetic. A previous example is the fact that during the H1N1 ‘pandemic’ a high number of cases of narcolepsies had occured in  young women from Nordic countries mainly Finland and Sweden.  Vaccination campaigns had been stopped and after enquiry led by the national and European agencies, these vaccine reactions had been associated with a specific gene type (HLA group).

Looking at the current data one can also wonder why the number of adverse events is more frequent in women (76% of the total). Higher risks for specific race, age groups or gender have been reported for other vaccines.

What about the quality of the vaccine lots?

What if this was linked to a specific lot that has a default or that is coming from a production site that is underperforming? If the information from ‘the hacked documents of the EMA’ is correct experts of the agency were pressured by the European Commission to approve the first vaccines while they were questioning differences between vaccine products used in the clinical trials and samples of products for commercial use.

Recently a Public prosecutor in Rome ordered that investigations be done on the quality of several pediatric vaccines after independent testing  of vaccines samples financed by the organization Corvelva revealed traces of biological contaminations (eg. viral, and DNA), toxic ingredients (residues of drugs and pesticides) and in some cases could not find the requested amount of antigens.

All these issues  have been around for decades and plead against ‘mass vaccination’ and fast tracking of vaccines. They were raised again in December 2019 at the ‘Vaccine Safety Summit’ of the WHO in Geneva but had only received ‘yes further research would be needed’ answer.

India  has wisely refused the emergency approval of the vaccine and several European countries now wonder if they would not better take the Russian jab.

For now reason would require to stop using the Pfizer vaccine until these questions get a decent answer.