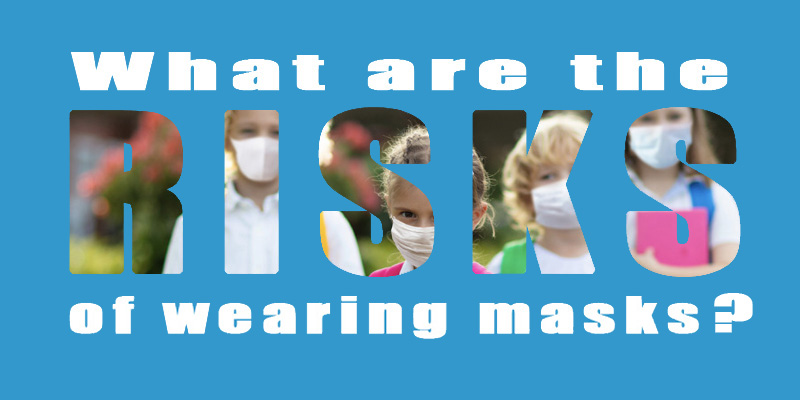 Experiments conducted in Germany demonstrate that wearing masks is associated with CO2 intoxication.

A German team led by nuclear safety engineer Manuel Döring has recently presented a press conference about notices of liability, as well as the filing of criminal complaints, which have been issued against the CEO’s of Deutsche Bank, Deutsche Bahn (national railway) and several school principals throughout Germany regarding the risks associated with forcing children, employees, and consumers of services to wear face masks.

The team of German experts, specializing in safety protocols and equipment, medical experts, scientists, and lawyers is taking decisive action to put employers, company CEO’s, school directors and boards, and others on notice of their duties and responsibilities pursuant to regulations and health and safety legislation, and the potential liability for breaches of same. The advisory board includes famous lawyers such as Dr. Reiner Fuellmich, and experts such as Prof. Martin Schwab and Mr. Ralf Ludwig, as well as international experts such as Prof. Dolores Cahill, immunologist and former advisor of the EU for health policies, who is also currently leading the newly formed World Freedom Alliance.

Mr. Manuel Döring runs a claims management expertise company, which specializes in environmental, energy and occupational safety in the automotive industry. Mr Döring has extensive experience dealing with the dangers of CO2 intoxication, associated with safety equipment such as masks, and precision measurements and safety protocols, such as those required for nuclear power plants.

Mr Döring took action following his personal experiences when masks became mandatory in most German schools. Mr Döring’s son has a long medical record that led him to recurrent hospitalization and was, therefore, regarded as being in a high-risk category. This qualified him for a medical exemption from wearing a face mask. However, the teachers and principal of his school refused to take his medical condition into account and forced him to wear a mask at all costs. His son quickly reported feeling unwell to his father. Mr Döring took immediate action to protect his son’s health by serving a notice of liability against the school authorities. The notice of liability pointed out the personal risks of the leaders of the school establishment in connection with their insistence on compliance with mandatory mask wearing. Understanding the real nature of the risk they were facing i.e., that they could be held liable for any harm caused to their students, the next day his son’s teachers were singing another tune: they announced that wearing masks was ‘highly recommended, but not mandatory’. Since home-schooling is not allowed in Germany, children who are at a higher risk than others have no other option than to comply.

Convinced that the harms were much higher than the benefits, and that safety protocols are seemingly not properly explained or applied in practice (for example, ensuring the implementation of mask break times, providing education and training concerning the symptoms of CO2 poisoning, and training as to the application of requisite emergency protocols), Mr Döring decided to take this action at a wider scale in order to remove mask mandates in schools and in the workplace. His company proceeded to carry out measurements and simulation of CO2 levels of children and adults wearing masks on a daily basis. The results of these tests showed that those forced to wear masks were exposed to toxicity levels which often exceeded established limits set by insurance companies. Moreover, bacteria and different types of germs were also found to accumulate inside the masks during use. In addition, studies revealed that masks and face coverings, especially the ‘cloths’ types, could also release microfibers that would cause harm to the lungs of the wearer.

Subsequently, the engineers convened a team of various medical professionals (including a physiologist, neurologist, pneumologist, cardiologist, and an immunologist) to interpret the data compiled in the studies and to perform additional tests before issuing a more comprehensive multidisciplinary report.

As a result, the team concluded that it had enough grounds to start a massive action in Germany regarding mask mandates in schools, the workplace and in other settings including on transport services such as trains. Mr Döring’s team has committed to share its expert opinions and data and to help others to issue notices of liability and file damage claims. This action could soon have a ‘snowball effect’ and be copied by concerned parents, employees, and consumers worldwide. Hours after the common press conference in Darmstadt, Germany, the short English version of the press release had already been viewed more than 13 million times!

Journalists from ARD – the main television network in Germany – attended the conference, but, interestingly, only asked political and personal questions, all of which seemed to completely ignore the facts presented by the team. Several lawyers subsequently reminded viewers that the press also has a duty to inform the public by presenting different arguments in a debate and that failing to report information that could impact people’s health or lives could also lead to liability issues for those who deliberately suppress information or fail to disclose details of health risks which could ultimately result in harm.

CHD Europe is co-funding this independent initiative that has high costs associated with the hiring of special measurement equipment and lab work. All experts and lawyers involved have offered their time and competences, some for several weeks already.

Our intent is to open the debate on the risk benefit assessment of masks for children, people at work, and the consumers of services, to ensure that measures taken are backed by solid facts and will not do more harm than good.

Finally, we are also very concerned by reports in many countries of the fact that medical exemptions for children are not being taken into account by schools. This is a form of discrimination as well as a threat to the health and well-being of many children, many of whom are already debilitated by a medical condition. We therefore believe this calls for legal action.