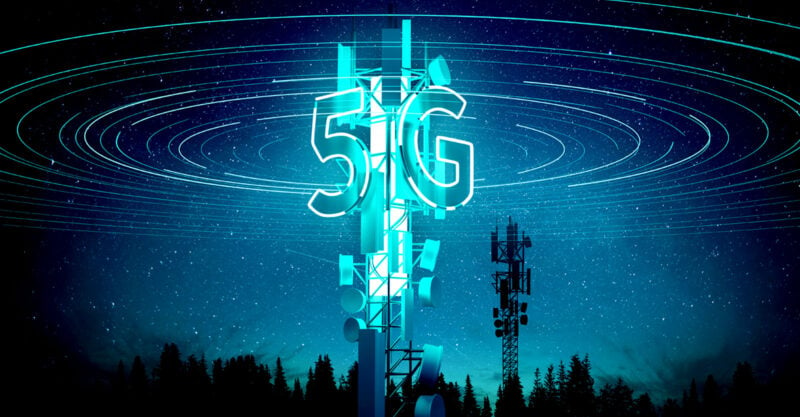 The World Health Organization’s International Agency for Research on Cancer will participate in a project to assess the health risks of exposure to 5G technologies, but critics accused the agency of ignoring already existing evidence and suggested the results could be tainted by industry partners.

The World Health Organization’s International Agency for Research on Cancer (IARC) on Monday announced it will participate in a new project that includes assessing the health risks of exposure to 5G technologies.

According to IARC, the project will “develop tools and instrumentation for reliable evaluation of exposure, conduct experimental studies (in vitro, animal, and human studies) on potential cancer risks, and develop effective health risk communication materials for stakeholders.”

The project — Scientific-Based Exposure and Risk Assessment of Radiofrequency and Millimetre-Wave Systems (SEAWave) — aims to identify differences in exposure patterns between 5G and earlier mobile technologies, such as 2G-4G.

Horizon Europe and SERI (Switzerland) are co-funding the project, which will culminate with a risk assessment of 5G, set to be released in 2025.

Experts on the health risks of exposure to 5G technologies told The Defender that risk assessments should have been conducted years ago.

“A risk assessment should have been performed before the 5G rollout — and not years after it started,” Mona Nilsson, managing director of the Swedish Radiation Protection Foundation, said.

Instead, Nilsson said, “entire populations” have for several years been “effectively turned into 5G lab rats in a dangerous experiment.”

Eileen O’Connor, co-founder and director of the EM Radiation Research Trust in the U.K. and board member of the International EMF Alliance, agreed.

“Why isn’t IARC calling for the precautionary principle as a matter of urgency rather than agreeing to an assessment on 5G?” O’Connor asked. “There is enough evidence and reason for concern regarding public health associated with 2G, 3G and 4G,” she said.

According to O’Connor, “The whole population will be exposed to untested and unregulated [electromagnetic] radiation, which they will absorb into their bodies and without any public agreement. Too many reports and reviews delay and deny the precautionary approach due to economic interests.”

“It’s time for action,” said O’Connor, adding that she is “deeply concerned” about the role “that special interests and industry lobbying are playing.”

“It’s time to demand accountability for the imposition of this technology in every corner of our lives, and time to demand accountability on the part of the individuals who are voting to put this technology in place without a single safety test having been conducted for 5G, as established by U.S. Senator Blumenthal during congressional hearings on 5G,” she said.

Why is ‘risk communication’ last on SEAWave agenda?

According to the IARC, the agency plans to “play a critical role in the later stages of the project by coordinating a comprehensive evaluation of the project’s experimental studies and a review of the latest literature on millimeter-wave frequencies and health effects” — effectively making it the main arbiter for which scientific studies are considered when determining whether there is scientific evidence of health risks posed by 5G.

According to its website, the SEAWave project consists of completing 11 interlinked smaller projects — called “work packages” — initiated at its kick-off meeting and co-design workshop.

SEAWave plans to complete eight work packages, including studies focusing on types of 5G exposure and health outcomes, and then assess the risk of 5G on human health as its ninth work package.

After that, the project will address how to communicate risk to the public.

Scientists who invoke the precautionary principle said risk communication regarding 5G and wireless technologies — such as the use of wireless headphones like Apple’s popular AirPods — should be proactive, not retroactive.

Nilsson — who has authored two books on the health risks associated with wireless radiation and co-authored an academic publication titled “International Commission on Non-Ionizing Radiation Protection (ICNIRP) 2020 Guidelines on Radiofrequency Radiation” — said the IARC press release “gives the impression that we do not already know that there is massive scientific evidence of harmful effects from previous generations of telecommunication technology (2G, 3G WiFi).”

“It fails to mention that the radiation from 5G and previous generations was classified as ‘possibly carcinogenic to humans’ group 2B by IARC in 2011.

“It also fails to mention the unacceptable fact, put forward by the scientists in the 5G Appeal and the recently formed International Commission on the Biological Effects of Electromagnetic Fields, that the risks must be investigated before any rollout and that there are already proven harmful effects from previous generations, such as DNA-damage, oxidative stress, cancer, harmful effects on the brain, on fertility, etc.”

O’Connor told The Defender she found it shocking that IARC would agree to coordinate production of a risk assessment on 5G exposures as part of the EU-funded SEAWave project “while admitting over the past four decades, more and more wireless applications have emerged and are continually evolving, which makes it difficult to keep abreast of changing exposure patterns to radio frequency electromagnetic fields (RF-EMF) in populations.”

“They are admitting they are unable to keep up-to-date and yet agreeing to review 5G?” she asked.

It has been more than a decade, O’Connor explained, since members of the IARC classified the entire RF-EMF spectrum as a “2B Possible Human Carcinogen.” The vote was “nearly unanimous: 29 to 1,” she added.

Since then, O’Connor said, more human studies and toxicology studies in animals, which demonstrated clear evidence of tumors, have added to the evidence of increased cancer risks.

In 2018, the National Toxicology Program (NTP) — part of the U.S. Department of Health and Human Services — determined in a $30 million study that there was “clear evidence” that electromagnetic radiation is associated with cancer and DNA damage.

“Two different institutes,” O’Connor emphasized, “with laboratories in different countries, totally independent of each other and both producing parallel consistent findings, reinforces the validity of these groundbreaking animal studies.”

“An external peer-review panel of 11 scientists complimented the methodology of the NTP study and concluded that the results showed clear evidence of carcinogenic activity.

“Many doctors and scientists are now calling for an urgent upgrade to the classification of RF-EMF from 2B to Group 1 (Known Carcinogen), the same category as tobacco.

“Dr. [Lennart] Hardell, a specialist oncologist and a cancer epidemiologist, who provided expert commentary on the NTP study, stated unequivocally: ‘The agent is carcinogenic to humans.’”

Moreover, Nilsson said, in 2017, “Scientists warned in the 5G Appeal that 5G will lead to a massive increase of exposure to microwave radiation similar to previous generations, which have already been proven to be harmful, and that the 5G rollout should be halted until the health risks had been investigated.”

“During the last years of 5G rollout since late 2019, our measurements of radiation have confirmed that 5G indeed lead to a massive increase in exposure in Swedish cities.

“The first case study on health effects from 5G, by epidemiologist Lennart Hardell and me, showed that a 5G base station within two days caused the microwave syndrome in two persons living close to the base station.”

O’Connor noted that a worldwide list of all peer-reviewed scientific studies, through May 2020, on human health around mobile phone base stations and cell towers, compiled by Karl Muller and the EM-Radiation Research Trust, showed consistent findings of health problems. “Out of 33 studies, 32 (or 97%) reported health problems,” she said.

The only study that did not find health problems was a “very poor study of cancer in Bavaria that by its own admission did not have sufficient controls,” she said.

Read the full article on The Defender