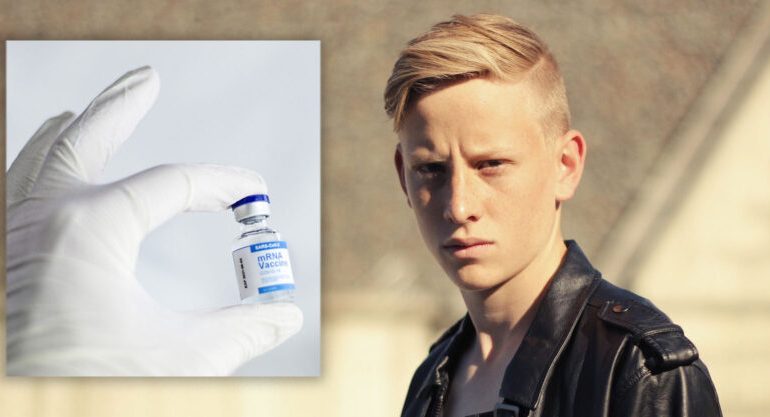 While governments in Europe and around the world are using the start of school after the summer vacations as an opportunity to push Corona vaccination in children and adolescents, behind the scenes, concerns about adverse health effects are being confirmed. Most recently, this was the case at the meeting of the U.S. CDC’s Advisory Committee on Immunization Practices (ACIP).
At the August 30 meeting, which focused on, among other topics, the question of recommendations for children, Covid vaccine safety issues, and booster shots,  it was revealed in official data slides that the incidence of reported myocarditis after C19-mRNA-injections was dramatically increased.

The committe members were presented with data from 765 reports of myocarditis to the government reporting system VAERS. It was analysed against the number of cases for myocarditis that would have been naturally expected in the respective age groups. All age groups of vaccine recipients up to the age of 50 showed abnormal incidences of myocardits, a serious inflammation of the heart muscle, following injection with mRNA that was supposed to result in safe, effective and lasting immunisation against Covid-19. None of the expected outcomes have been scientifically proven, as Phase-III-clinical trials in humans are still ongoing. However, what has been established beyond any doubts is the enormous number of serious adverse events, including myocarditis, and death, that have been reported to the VAERS database.

For male adolescents aged 12-15 years the increase of cases of myocarditis after the shots was more than twenty-fold according to the data presented. While statistically there should have been a maximum of 5 corresponding suspected cases in this age cohort, there were a total of 117 cases in the study period up to August 18!
In the group age 16-17 years, there were 40 times more cases (121) than would have been usually expected (0-3)!  In the 18-24 years age group, instead of the expected maximum of 11 suspected cases, there were a total of 213, which also corresponds to an increased frequency by at least a factor of 20. For female children and adolescents, too, the CDC data show that the risk is several times higher, although lower than that for male vaccinees.
Although the report goes on to try to downplay the significance of these figures, this is alarming news given that the age groups in question have virtually no risk of spreading Covid-19 or even contracting severe disease.