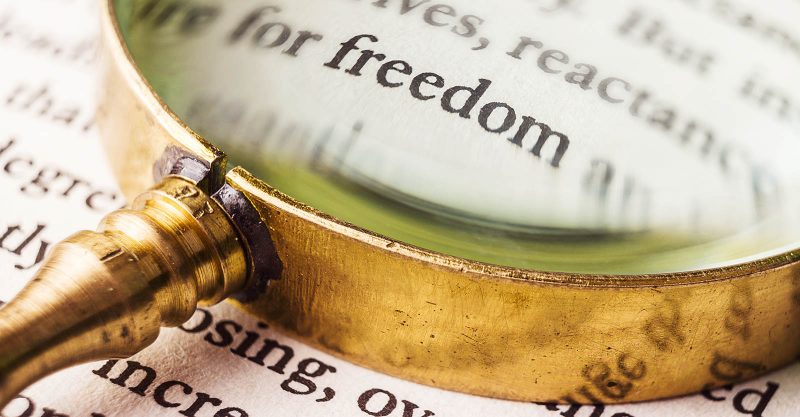 Analysis of the proposal for a Regulation of the European Parliament and of the Council on a framework for the issuance, verification and acceptance of interoperable certificates on vaccination, testing and recovery to facilitate free movement during the COVID-19 pandemic (digital green certificate)

The proposal for a Regulation of the European Parliament and of the Council on the introduction of a digital green certificate is, on the one hand, disproportionate insofar as it adds obstacles to the free movement of European citizens and, on the other hand, inefficient because the measures it puts in place do not guarantee the public health objectives (preventing the transmission of SARS-CoV-2) which constitute its justification. In addition to the fact that the basic premise of the digital green certificate is based on inaccurate and incomplete scientific claims, the proposal, as it stands, violates the fundamental rights of European citizens, in particular the right to free movement within the Union and the right to the protection of personal data.

The European Commission has formulated a proposal for a European Regulation on the issuance of a digital green certificate to facilitate the free movement of persons within the European Union during the Covid-19 pandemic. Through this certificate, the Commission pursues, according to its own words, a double objective: on the one hand, to facilitate the free movement of European citizens within the European Union and, on the other hand, to pursue the public health objective of preventing the transmission of SARS-CoV-2. Today, when EU citizens wish to travel to another Member State, they face multiple restrictions and requirements imposed by Member States, with significant differences depending on the Member State of destination. With its proposal for a Regulation, the Commission wishes to coordinate national initiatives that restrict the free movement of persons in order to prevent the transmission of SARS-CoV-2.

In order to achieve this double objective, the Commission foresees the requirement of a vaccination certificate or, alternatively, a negative test result for SARS-CoV-2 infection (PCR test or antigenic test) or a certificate of recovery from a previous infection.

Our analysis concluded that the proposed Regulation is neither scientifically nor legally convincing.

Firstly, from a scientific perspective none of the three certificates can guarantee that the risk of transmitting SARS-CoV-2 has been eliminated. With regard to the vaccination certificate, the assumption in Article 5 of the proposal – that (all) COVID- 19 vaccines would limit the spread of the virus – is inaccurate and incomplete and not based on scientific evidence. More fundamentally, this demonstrates that, given the current state of science, the very principle of a vaccination certificate is problematic and potentially discriminatory. This problematic nature has been recognised by the WHO, which does not support the introduction of vaccine passports. For the same reasons, several US States have rejected the principle of vaccine passports and the US federal government has announced that it will not issue vaccine passports.

The alternatives envisaged by the proposed Regulation (negative test certificate and certificate of recovery) do not offer any further guarantee against infection or transmission of SARS-CoV-2. On the one hand, negative test certificates merely offer a snapshot of a situation that may already be different a few hours later. A person who tests negative could well be infected and become contagious the day after the test. Furthermore, carrying out PCR tests without taking into account the pre-test probability results in a large number of false positives. An uninfected person could be prevented from travelling on the grounds that the PCR test gives a positive result, merely because that h person’s body has not yet eliminated all the RNA fragments from an earlier infection. On the other hand, the certificate of recovery does not guarantee that re-infection has not taken place bringing with it the risk of transmission. Nor does the certificate of recovery take into account the fact that immunity gained from a previous infection may go undetected.

None of the alternatives envisaged can therefore guarantee the public health objective of no transmission of SARS-CoV-2. On the other hand, these different certificates require administrative and medical steps that constitute an obstacle to free movement. The cost can, in some cases (PCR test, medical analysis, etc.), be significant, especially for family travel when the whole family must have a certificate (a PCR test costs about 50 euros for one person, for a family with two children, this represents a cost of 200 euros, which will certainly dissuade the less fortunate from travelling and will thus increase inequalities).

It thus appears that, far from removing the obstacles to free movement which result in particular from the great diversity of national measures, the proposal for a Regulation adds new obstacles to free movement, while leaving the Member States the possibility of retaining those which already exist. Furthermore, from a public health point of view, the digital green certificate is

In legal terms, the proposed Regulation does not respect the applicable legal framework and violates several fundamental rights. The proposed Regulation puts in place restrictions on the free movement of persons which are justified (even if scientifically questionable) on public health grounds. However, such a restriction must pursue a legitimate objective and be proportionate and necessary to achieve the objective. Furthermore, it cannot violate the principle of non-discrimination. It appears that the proposal is discriminatory in several respects. Firstly, there is discrimination between nationals of Member States where vaccination is free and nationals who have to be tested in countries where testing is not free. Secondly, there is discrimination between people who are no longer infectious but who test positive and those who test negative (only the latter being able to cross borders freely). Third, there is discrimination between residents of countries where a (more expensive, slower) PCR test will be required and residents of countries where an antigenic test will be considered sufficient. Fourthly, there may also be discrimination between nationals of Member States in which certain vaccines are allowed and nationals of Member States, which do not allow the same vaccines. The restriction on free movement is not proportional either. On the one hand, as mentioned above, given the current state of scientific knowledge, it is not possible to say that the restriction makes it possible to achieve, with a reasonable degree of certainty, the public health objective (non-transmission of SARS-CoV-2). On the other hand, insofar as it will be applied massively and systematically to all EU residents, without distinction to the health situation in the country of origin and the health situation in the country of destination, it is clearly disproportionate. A citizen travelling from a green zone to a red zone should therefore carry the digital green certificate, as should a citizen travelling from a red zone to a red zone. Finally, the introduction of the digital green certificate is not time limited (no fixed term) and its scope can be extended to other “similar infectious diseases”, which clearly exceeds the requirements of proportionality and necessity.

Finally, the introduction of a digital green certificate also involves the processing of medical data, which are considered to be very sensitive data and whose processing is, with certain exceptions, prohibited (Article 9 of the General Data Protection Regulation). The Commission invokes one of the exceptions enshrined in Article 9 to justify the processing and transmission of such data in the context of the introduction of the digital green certificate. Here again, for the same reasons, it must be noted that the proposed processing is not proportional or necessary to achieve the objective. The proposed Regulation also violates Article 9 of the GDPR in that it does not provide for appropriate and specific measures to safeguard fundamental rights. For example, the proposed Regulation does not contain any indication, nor any list in the annex, of the national authorities to which data on travellers’ health may be transmitted and who will have access to these data. Furthermore, it does not provide for any guarantee as to the risk of the use of medical data from the certificates by the Member States in the context of the national restrictions which, under Article 10, the host Member State could still impose on holders of the certificate.

The proposed Regulation violates Article 9 of the GDPR and thus Article 8 of the Charter of Fundamental Rights and Article 16 TFEU.

The full text of this analysis is also available here and on the website of the Association of ‘Notre Bon Droit’
Covid Rationnel is a Belgian think tank that advocates an interdisciplinary and rational scientific approach to the management of the covid-19 crisis.

With the participation of: