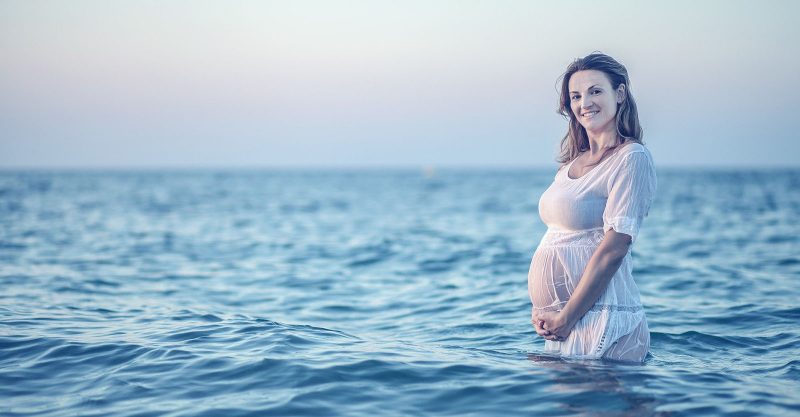 The HAS (Haute Autorité de Santé, High Health Authority) in  France now recommends vaccinating pregnant women over 35 years of age or those with other comorbidities such as obesity, diabetes or cardiovascular disease, or pregnant women likely to be in contact with infected persons due to their professional activity using Pfizer, Moderna or Janssen  (Johnson & Johnson) vaccines.

In a note dated April 25, 2021, the DGS also “broadens the vaccination competencies of midwives by authorising them to prescribe the AstraZeneca vaccine to women and their families during the postnatal period“: does this mean injecting the Astra Zeneca vaccine into pregnant women without specifying their age or comorbidity? This is not specified by the HAS!

What would be the benefit/risk ratio of vaccinating pregnant women?

A meta-analysis surveying clinical manifestations, risk factors, and maternal and perinatal outcomes of coronavirus disease 2019 in pregnancy reviewed 192 studies and found a case fatality rate in pregnant women with Covid-19 of 0.02% (all-cause death).

A comparison between pregnant women with and without Covid was even pointing to the contrary, but the authors admit to having little confidence in their results.

Given the comparison between pregnant and non-pregnant women with Covid-19, it appears that only risk factors are driving the severity of Covid infection, not pregnancy.

The clinical trials of Covid-19 vaccines did not include pregnant women and recommended contraception for participants.

Page 45 of the FDA report, for 6 vaccinated who became pregnant, pregnancy outcome is not known as of the report date (December 17, 2020).

“As of December 2020, the FDA does not know the outcome of pregnancies that occurred among vaccinated women (112 individuals involved); according to the EMA, February 2021, 9 of these pregnant women were removed from the trial without further clarification.

Janssen (J&J) vaccine: phase 3 trial has not been published. The EMA and FDA acknowledge that there are limited data on pregnant women. Despite the exclusion of pregnant women from the trial, 8 pregnancies were reported in the trials (4 vaccinated, 4 placebo); one spontaneous abortion and one ectopic pregnancy were observed in vaccinated women.

There is a study that retrospectively examined women in China who had naturally contracted COVID and the effect of the infection on sex hormones, ovarian reserve, and menstruation. The study found that 28% (or 1 in 4 women) had a change in the length of their menstrual cycle, 25% had a change in the volume of their menstrual cycle, and hormone concentrations were altered. Menstruation also involves the immune system.

Vaccines are designed to trigger an immune response, and the female cycle is linked to the immune system, so it is possible that vaccines temporarily alter the normal course of events. Numerous warnings of altered menstrual cycles have appeared in the press. A researcher at the University of Illinois described her own experience on Twitter and asked if others had experienced menstrual changes after vaccination. She received many positive responses and she and her colleague at Washington University in St. Louis turned it into a formal investigation.

Authors’ affiliations: none… except that they all work at the CDC and furthermore…Dr Liu and his spouse work for Ethicon|Johnson & Johnson, particularly on surgical robotics, and own 50 shares of JNJ; the spouse also owns 20 shares of Moderna.

This study performs active surveillance by smartphone monitoring of vaccinated pregnant women in the US (with Pfizer and Moderna mRNA vaccines).

The system sends sms messages with links to websites explaining AEs, and monitoring is carried out for 12 months.

During the first week: the system is encouraging reporting of AEs to VAERS, but in the report only 14.7% of those identified actually registered for the v-safe pregnancy follow-up. These were almost exclusively health workers (94%).

In the main study (December 14, 2020 to February 28, 2021) 72% of the vaccinations took place during the first or second trimester of pregnancy and therefore these pregnancies were not completed at the time of publication.

From what we can understand, despite the lack of details provided, the pregnancies of women vaccinated during the third trimester between December and the end of February 2020 and who therefore gave birth between this period and April 2021 are of course counted. The authors also include pregnancies terminated by miscarriage for women vaccinated in the first or second trimester, when these women reported the miscarriage to the surveillance system. The number of women vaccinated in the first (before 14 weeks of pregnancy) and second trimester (between 14 and 28 weeks) in this study was 1224 and 1714 respectively, for a total of 2938.

BUT the authors did not include this percentage in Table 4 on the line “miscarriage before 20 weeks”? Why did they not count the miscarriages before 20 weeks so that they could compare it to the usual rate (which, depending on the study, is 10 to 26%)?

To have a valid comparison, it would have been necessary to count the women vaccinated before 20 weeks and to calculate the % of miscarriages before 20 weeks to be able to compare it to the usual rate. The authors of the study certainly have this data.

The 104/827 ratio is completely meaningless and should not have been accepted in a peer-reviewed journal: 104 is the number of miscarriages before 20 weeks and 827 is the number of full-term pregnancies, the majority of which were in women vaccinated in the third trimester (after 28 weeks).

One has the impression that the authors proceeded in this way in order to obtain a percentage included in the usual range (12.6% for a range between 10 and 26%);

Further…Why did they not wait until all pregnancies were completed before publishing the study?

We also read, Table S4 (supplementary material, concerns AEs reported on VAERS only: 50% of vaccinations took place during the first trimester of pregnancy, the most frequently reported SAE (serious adverse event) was miscarriage (46 in total, of which 37 in the first trimester).

The ‘limitations’ mentioned in the conclusion of the survey are worth reproducing:

“We were unable to evaluate adverse outcomes that might occur in association with exposures earlier in pregnancy, such as congenital anomalies, because no pregnant persons who were vaccinated early in pregnancy have had live births captured in the v-safe pregnancy registry to date; follow-up is ongoing. In addition, the proportion of pregnant persons who reported spontaneous abortion may not reflect true post vaccination proportions because participants might have been vaccinated after the period of greatest risk in the first trimester, and very early pregnancy losses might not be recognized.

Whereas some pregnancies with vaccination in the first and early second trimester have been completed, the majority are ongoing, and a direct comparison of outcomes on the basis of timing of vaccination is needed to define the proportion of spontaneous abortions in this cohort. Because of sample-size constraints, both pregnancy and neo-natal outcomes were calculated as a proportion instead of a rate. “

“Among pregnancy-specific conditions reported to the VAERS after Covid-19 vaccination, miscarriage was the most common. This is similar to what was observed during the influenza A (H1N1) pandemic in 2009 after the introduction of the 2009 H1N1 inactivated influenza vaccine, where miscarriage was the most common adverse event reported by pregnant persons who received that vaccine. “

All of this leads one to believe that the rate of miscarriage after vaccination in the first trimester of pregnancy is higher than reported but that the authors are doing everything to hide it!

We also learn some interesting things about the AEs reported during active surveillance because the authors also followed many non-pregnant women.

The number of reported adverse events is much higher after the second dose of mRNA vaccines than after the first. After the second dose of Moderna and Pfizer vaccines, respectively, 75% and 60% of women reported the AE “fatigue”, 70% and 50% headaches (thus a neurological effect), 70% and 50% myalgia’s (indicating an inflammatory muscle pathology: ) These percentages are much higher than after the first dose.

A total of 623,631 non-pregnant women were monitored for severe adverse events (table S3, participants were asked to report AEs that they considered severe, i.e., making daily activities impossible or difficult and fever > 39°C): after the second dose of mRNA vaccine, 15% experienced “fatigue”, 10% headache, 14% myalgia, 1.9% fever > 39°C, 9% chills. These percentages are much higher than those found by passive surveillance as in the American (VAERS) or European (EudraVigilance) systems.

Pregnancy does not seem to be a risk factor for Covid-19 for women without other risk factors (obesity, diabetes, hypertension). Lethality in pregnant women with Covid-19 is 0.02% (all-cause death).

A significant number of women report a change in menstrual cycle after Covid-19 vaccination.

The post-marketing study that records adverse events of Covid vaccines in pregnant women in real life does not yet allow to exclude an increase in miscarriage after vaccination.

In view of these data, the benefit/risk ratio of this vaccine does not seem favorable for pregnant women in general. For pregnant women over 35 years old and with risk factors, the risks of Covid disease are increased as for any person with risk factors. However, vaccine trials do not allow conclusions to be drawn about the efficacy and safety of the vaccine in these people. Physicians and midwives must therefore assess the benefit/risk ratio for each individual case and they are not helped in this by the contradictory injunctions of the HAS and the DGS!