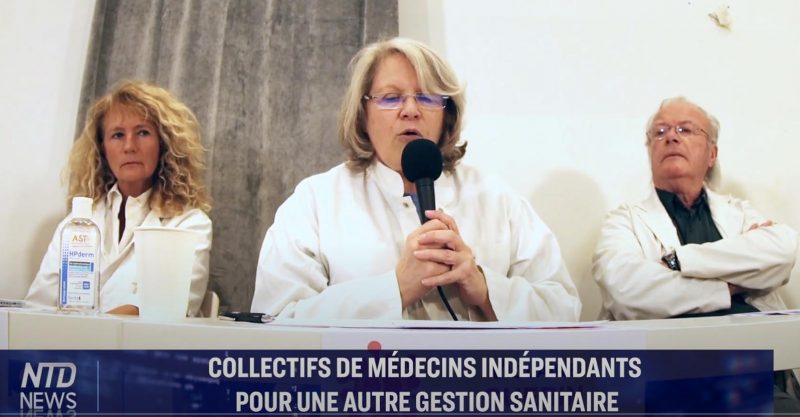 The movement Coordination Santé /Libre in France, which brings together the Collectives of doctors, caregivers and scientists who do not share the current health management of the French government, was officially announced in Paris on Saturday January 09, 2021. It aims to defend patients and their doctors, as well as public freedoms, in particular the freedom to prescribe and the patient’s freedom of choice regarding vaccine policy.

These collectives represent to date more than 30,000 doctors, as many caregivers and more than 100,000 citizens who have officially joined these collectives, not to mention the thousands of citizens of France and elsewhere who, like you, follow and support them. An upcoming Press Conference will announce the resolutions announced at that conference (see video in French below) and which we summarize for you here.

“Very effective other therapeutics exist for Covid19 and nothing justifies the current health measures such as curfews, wearing face masks in the street, closure of restaurants, bars, theaters, etc. An independent scientific committee without conflicts of interest is created to guide another health policy and to issue informed opinions. “

“Many of our colleagues are aware of what is happening but they are scare to speak because of the threats to be excluded fro, the profession by the health authorities, threats of summons and radiation by the French Ordre des Médecins. We are going to ask these colleagues, who are close to us and who support us, to be visible because the French population must know that medicine and doctors are ready to treat them. Today, we do not have any elements that justify all these constraints of freedom and the collapse of our society at a social and economic level. We are worried and it is time to act and bring the country back to life.

The first main actions & statements of “Coordination Santé /Libre” are the following:

“As a man, this shocks me and I would like a little more humanity to be put into the management of this health crisis, which is currently exclusively technocratic and administrative management.

The spokespersons and speakers in this video are:

Here is the video in French: