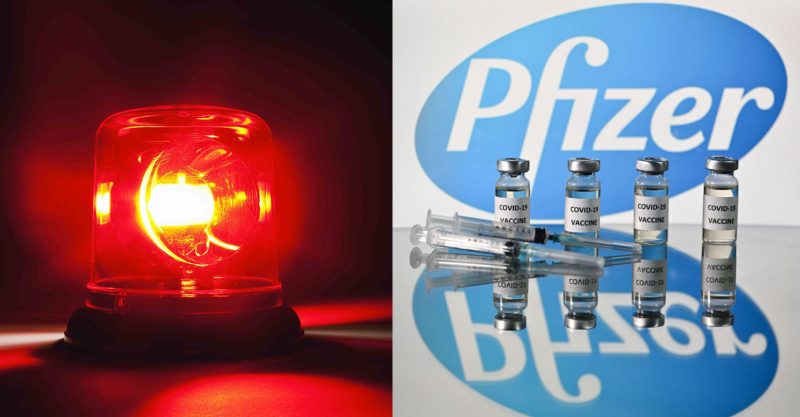 In a 20-page report, three doctors who are all founding members of Doctors for COVID Ethics outline in detail the compelling argument for why COVID vaccines are not only unnecessary and ineffective, but also dangerous for children and adolescents.

For months, Doctors for COVID Ethics, a Europe-based international alliance of hundreds of concerned doctors and scientists, has been issuing urgent warnings about the short- and long-term risks of COVID vaccines, particularly for children.

In May, the U.S. Food and Drug Administration (FDA) and the European Medicines Agency (EMA) extended Pfizer’s Emergency Use Authorization (EUA) — previously granted for ages 16 and up — to 12- to 15-year-olds.

Pfizer was the first company to test experimental COVID vaccines in children, and is the only manufacturer thus far to have been granted EUA for vaccine recipients under age 18.

In addition to submitting three admonitory letters to the EMA — on March 10, April 1 and April 20— Doctors for COVID Ethics on May 18 served Notices of Liability to all members of the European Parliament for COVID-vaccine-related harms and deaths to children.

On July 3, Italian lawyer Renate Holzeisen submitted the expert document to the European General Court as part of a lawsuit challenging the EMA’s late-May decision to extend emergency use of Pfizer’s vaccine for 12- to 15-year-olds.

The 20-page report’s value stems not just from the three authors’ impeccable professional credentials but from their meticulous aggregation and analysis of manufacturer data, regulatory agency assessments and published science.

As the medical/scientific trio compellingly argues, the evidence allows only one possible conclusion: Not only should Pfizer’s vaccine not be given to adolescents, but its use needs to stop immediately in all age groups.

The report begins by demolishing the argument that adolescents need to be vaccinated against COVID. The three experts emphasize the “particularly low” COVID-19 prevalence in adolescents and the utter absence of severe cases in children and teens 10 to 17 years old obviates any rationale for vaccinating young people — particularly given the availability of effective treatments for the tiny proportion who experience anything other than mild illness.

Recent studies confirm this crucial point, showing that “the risks of severe illness or death from SARS-CoV-2 are extremely low in children and young people.”

The expert summary also highlights other factors negating the case for teen vaccination. For example:

The three authors mention, in passing, that few European countries view childhood vaccination against influenza as either “urgent or necessary.” In fact, European infectious disease experts have stated they do not want the pediatric vaccine schedule to be “too busy,” while also acknowledging the “mixed” evidence on flu shot effectiveness and the unknown “long-term effect of repeated annual vaccination from an early age.”

These notes of caution could apply equally well to COVID shots that are threatening to morph into an annual (or even more frequent) requirement. Disturbingly, France is preparing to administer millions of booster shots in September, barely seven to eight months since experimental COVID vaccination began.

The second section of the expert report digs into Pfizer’s claims of 95%–100% effectiveness for its COVID vaccine — representations, the report’s authors assert, that “cannot be trusted.”

The three scientists first note (as Children’s Health Defense and others have done as well) that the manufacturers’ figures represent relative rather than absolute efficacy. In absolute terms, Pfizer vaccine efficacy is “very modest,” protecting (at best) less than 1% of clinical trial participants who took the jab.

According to the three experts, however, even this dubious achievement “cannot be accepted at face value.” Their scrutiny of assessments prepared by the FDA and EMA shows Pfizer’s data are rife with “unlikely claims and contradictions,” including the intimation that after the first dose of vaccine, immunity sets in “very suddenly and uniformly on day 12 exactly.”

Given that immunity typically develops more slowly and gradually, the authors of the report state, the day 12 effect is “not at all a biologically plausible outcome.”

An additional puzzling finding concerns two contradictory sets of data about COVID-19 incidence in the vaccine and placebo groups — results that “cannot possibly be reconciled.” The experts’ conclusion? One of the two data sets was, in all likelihood, “fabricated.”

Dissecting a Pfizer study conducted with adolescents, the three scientists conclude the injections produced a net negative due to their impact on overall morbidity. Whereas none of the participating adolescents experienced severe COVID, vaccine side effects were “exceedingly common,” with 55% to 65% experiencing headaches, among other undesirable reactions.

The expert trio points out that severe headaches are sometimes associated with blood clots — a serious adverse event associated with all four COVID vaccines currently authorized in Europe and/or the U.S.

Taking side effects into account makes it plain that “overall morbidity was far greater in the vaccinated than in the placebo group,” the authors write.

As the three scientists understatedly comment, “That neither the FDA nor the EMA picked up on any of these inconsistencies does not instill confidence in the thoroughness and integrity of their review processes.”

“The clinical trials carried out by Pfizer contain no proof of any benefit conferred by the vaccine with respect to any clinically relevant endpoints. This applies to all tested age groups, and in particular also to adolescents.”

The most alarming section of the report is Palmer’s, Bhakdi’s and Hockertz’s discussion of the Pfizer vaccine’s “catastrophically bad” safety profile in both adults and adolescents.

The Pfizer injection’s destructive impact is readily discernible by anyone with the patience to pore through the vaccine injury reports submitted to the Vaccine Adverse Event Reporting System (VAERS) in the U.S. or the EudraVigilance database in Europe.

This is not to absolve the other COVID vaccines being administered to those 18 and up — for example, the Johnson & Johnson injection now comes with warnings about increased risks of blood clots and Guillain-Barré syndrome.

As for the two messenger RNA (mRNA) vaccines — Pfizer’s and Moderna’s — the European experts express concerns about the toxicity of the lipid nanoparticles (LNPs) that deliver the injections’ payload of mRNA and the spike protein expressed by that mRNA.

Ordinarily, the capillary barrier is supposed to keep large molecules out of the blood. In preclinical studies of the mRNA vaccines, however, researchers found the LNPs circulated in the bloodstream and concentrated in vital organs such as the ovaries, liver and spleen.

Other research shows that following intravenous injection, LNPs can penetrate the most highly “fortified” capillary barrier of all — the blood-brain barrier.

The “upshot,” in the opinion of the European scientists, is “the vaccine will appear in the bloodstream, in large amounts and on short order” [emphasis in original]. Unfortunately, more blood clotting complications are the likely result.

In addition, high levels of spike protein expression in places like the ovaries, placenta and lactating mammary glands raise the prospect of disturbing reproductive and neonatal outcomes, including female infertility, miscarriages and, as has been anecdotally reported, deaths in breastfeeding newborns.

Stop the ‘systematic negligence’ and fraud

In 2020, Pfizer was the second-largest pharmaceutical company by revenue, manufacturing not just COVID vaccines but more than 350 pharmaceutical products, many of which are household names.

But it is important not to lose sight of Pfizer’s criminal track record — a pattern of “habitual” fraud and dishonesty so pervasive and longstanding that it can only be understood as an intentional business model.

Describing prosecutors’ refusal to hold Pfizer executives personally liable for criminal actions, a health policy analyst concluded in 2010, “both criminal and civil penalties appear to be, to Pfizer at least, a business expense worth incurring.”

For consumers distressed by the carnage that seems to follow Pfizer’s COVID injections — and by the company’s recurrent lawsuits, recalls and problems with quality control — it may be time to stop buying Pfizer’s many “instantly identifiable” products and also shun the more than 96,000 worldwide employees who make the company’s wanton harms possible.

Buttressed by the evidence carefully assembled by the Doctors for COVID Ethics, it also goes without saying that we need to push back in every conceivable way against COVID vaccine mandates for children.

Additional resource for parents on CHD USA: Top 10 Reasons Not to Let Your Child Get a COVID Shot.