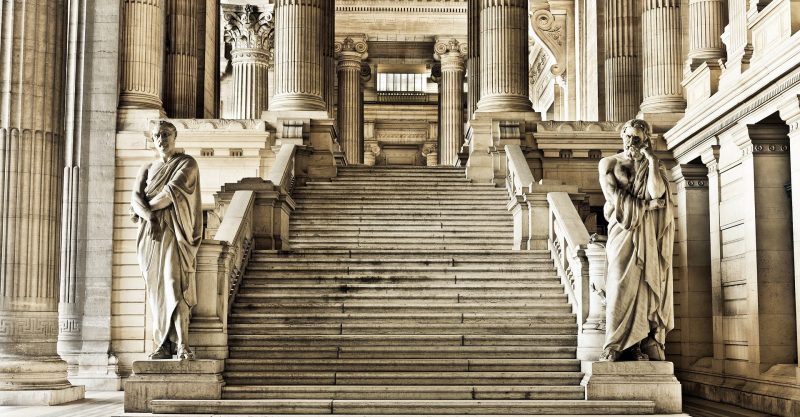 18,500 Belgian lawyers represented by the 3 professional associations, the French-German-speaking order, the Flemish order and the lawyers of the Supreme Court (Cour de Cassation) denounce the government’s short-circuiting of Parliament in an common open letter. As always in times of crisis, the authorities in place must respond effectively and quickly to the difficulties it generates. However, in Belgium, as in other European countries such as France and Germany, the Executive power has operated almost exclusively under the tutelage of a small group of  scientific experts, away from the parliament, civil society, courts and other consultative bodies. The 18 500 lawyers insist on recalling the importance of fundamental freedoms and respecting the rule of law, the very foundation of a democratic state.

“What worries me most is the fact that no debate in the House of Representatives has been initiated concerning the decisions taken to address the Covid-19 pandemic”, confides the president of the Brussels Bar Maurice Krings.

It’s time to remember that we live in a democracy.

Xavier Van Gils, president of Avocats.be, the French-German-speaking bar of Belgium: “I find that since April our government has taken a lot of largesse with the Constitution, which is a risk for our democracy (…/…) Making laws is the role of the Parliament, not the government ”.

With this public statement the bars point at a the series of ministerial orders that  were directly issued by the federal government. Even if ministers want to follow the advice of experts and scientists, the lawyers want to remind them that the state is a democracy and must remain so.  “We are no longer facing a pandemic that we do not know about. We have time for a parliamentary debate. Perhaps we would end up with the same decisions, but then they would have the required legitimacy since they would have been taken by the elected representatives of the nation,” the lawyers wrote

What the bars also fear is growing legal insecurity in the country. Lockdown, curfew, travel restrictions, mask mandates, these legislative changes upset and cloud the understanding of Belgians. “Citizens need clear information from their government. All the more so in this crisis situation” says the president of Avocats.be.

“The pandemic cannot justify everything” and certainly not the fact of ignoring any form of debate.

Media and experts also under fire

This open criticism was echoed by a recent documentary about the biased way and the lack of debate with which the pandemic has been covered in national channels and the mainstream media. The video called “Ceci n’est pas un Complot” (This is not A Conspiracy”) made over 1 million views in a couple of weeks.  Viewers were shocked when they saw archives of a Chatham house conference of Jan. 2019 in which Prof. Marc Van Ranst one of Belgium’s ‘daily experts’ and eminent vaccinologists explained the basic principles of  a good communication strategy during a pandemic drawing on his experience with the H1N1 flu. He made it very clear how useful it was to scare the public and how one could do it starting a daily death count that would feed the mainstream media at all times and how this could be used to promote the ‘life saving vaccines.’

Needless to say a good part of the public opinion didn’t really appreciate this new portrait of their ‘national heroes’.  Shortly thereafter the Prime Minister announced that a public debate would be held in Parliament over the Coronameasures.

Meanwhile the government had taken the decision to close its borders for non-essential travel in an attempt to block its population to leave on winter holidays. Belgium, France and Germany carry on with strict measures whilst some of their European neighbours like Italy, Austria, Espagne, Poland, Greece start to release the pressure on the society and take decisions which respect the economic context and the public opinion in favour of reopening.

The European Commission reacted in an open letter to the 27 members of the Union against the closure of borders and called to the respect of the principles of proportionality and non-discrimination.  Belgium did not change its decision to keep its borders closed until the 1st of April, but announced ‘a possible reevaluation’.  The country’s experts keep the confusion going with forecasts of variants and a third wave and insist that the measures have to be maintained while indicators of hospital capacity and mortality are stable and low.   Debates in Brussels at national and European level are much awaited and could and should be heated.