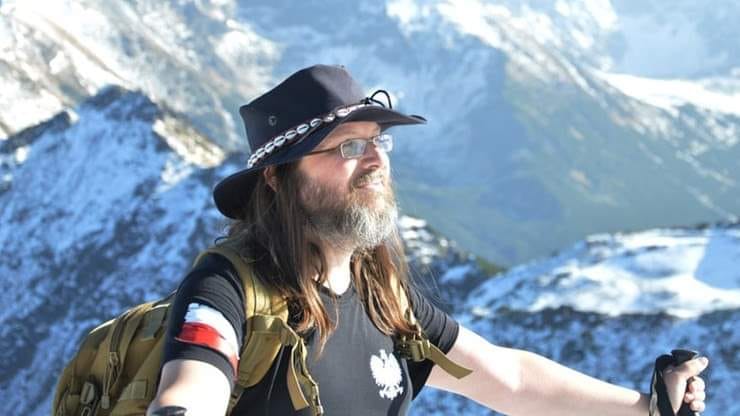 “We are on the side of law, it is the government that rebels”

Polish restaurants, pubs, small hotels, inns, ski slopes and other businesses all over Poland are reopening, regardless of COVID restrictions imposed by the Polish Government. They were supposed to stay closed until at least 31 January 2021. But people have enough, especially Higlanders from the  Podhale region in the Tatra mountains a region south of Poland near the Slovakian border. Highlander and architect Sebastian Piton from Koscielisko, a tourist town near a very popular town of Zakopane, is leading a movement called “Goralskie Veto”.

Goralskie refers to highlanders and veto comes from a  centuries old Polish tradition called “liberum veto”  where a single deputy could veto a law which he felt was bad for his people. This was great to protect minorities, but also it also blocked many good bills from being passed.

“We have no other option than to use this ‘enough is enough-veto’. We don’t see a light at the end of the tunnel. The government suggests  that it will loosen the restrictions when the number of sick people goes
down.”- said Mr Piton at the press conference held on Thursday, 14th of January in Podhale. “But we have seen in the past weeks and months that even when the number of daily infections decreased, the Polish government extended the measures instead of loosening them. The argument was always the same: “we want to protect the public”.

Sebastian Piton compared the situation to the metaphor of the boiling frog:

If one puts a frog in a pot of water and starts heating it slowly the animal adapt its body temperature as a result. The frog remains inside the pot in a constant effort to adapt to the situation. But when the water is about to boil the frog has no force left  to jump out of the pot and it finally dies.

The same thing is happening here.  Piton thinks it’s time to stop the measures now and move forward before it’s too late. We need to react when we still can.  There is no other way. And we hope that it will happen all over Poland, not just in the Podhale region. It is already the case in many places (…) People, regardless of great stress, reopen their businesses, because they have no other option. I think that it will have a snowball effect and that all of Poland will be open for February at the latest.”

Podhale announced the actions would officially start on the 18th of January 2021. About half of the entrepreneurs (several hundred) from the region said they would follow, but many restaurants, small hotels and inns, ski slopes and other places in the Podhale region already restarted their activity. Many of them cooperate with Highlanders from Goralskie Veto who offer their help and in particular their legal support. Goralskie Veto activists also back people from other regions. Several days ago, they were at a restaurant “U trzech braci” (“At three brothers”) in Cieszyn,  in southern Poland near the Czech border. Several police vans showed up for an inspection, but finally didn’t close the place. The highlanders also visited Pizzeria Greta in a town of Skoczow (close to Cieszyn) which also allowed its customers to eat inside.

Restaurants in Poland are still allowed to serve food but customers can only eat outside, which is not fun in harsh winter conditions especially in the mountains. As a result most restaurants struggle to survive because they don’t have enough clients.

In the interview on Radio ZET which is one of the most popular commercial radios in Poland Sebastian Piton stated “the restrictions are unconstitutional and therefore illegal. We are on the right side of the law. It is the government that rebels and we will not joining them in doing so.”

Goralskie Veto also said that they would not accept the covid vaccine as it is a medical experiment.