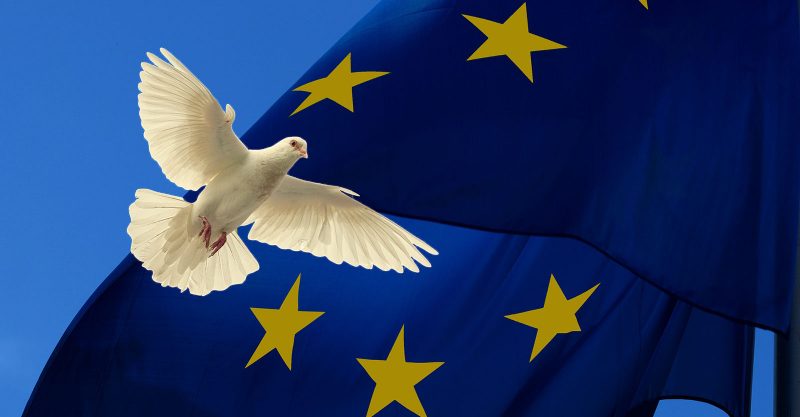 Thank you for being here, for taking the freedom to come here, despite all the obstacles on your way.
Last summer, on August 29 in Berlin, there were nearly 1.5 million people and Robert Kennedy, Jr. the president of our Children’s Health Defense Europe association gave a historic speech. Like his uncle, the former US President, he came to defend democracy in the face of totalitarian threats. That day I was really happy. I said to myself ‘the Germans have borne the brunt of Nazism and fought against communism, this time the dictatorship will not pass’. But the next day the official press erased the presence of Kennedy and a million peaceful people to show a staged stampede outside parliament. According to them there were 38,000 people, mainly neo-Nazis. And then it hit me. If governments can lie so much, it is because they are ready to do anything to impose this control society.

Here we are, a few months later. The Covid pass is the tool of totalitarian submission. Our politicians agreed to adopt it in a hurry, without even knowing what they are voting for. Supposedly it is to reopen the economy. In reality, the European Parliament did not even ask for an economic impact report. No time… Do you really think that asking a family of 4 to pay 800 euros in tests to go on holiday, when their income has dropped, will boost tourism in southern Europe?

Politicians keep telling us ‘we have no choice anyway’. They have no choice but to sabotage the European project by reinstalling borders, creating chaos and ruining the economy. You will see next year that it was all mismanaged and that the only solution is to allow Europe to organise a central management to save the countries in crisis.
Let’s be clear…they have no choice, because in reality they are obeying the political agenda of a world government that already exists on an economic level. The United Nations and the Davos forum of the rich have signed a cooperation agreement in June 2019 to implement this grand reset.

Follow the money…90% of all the brands you consume are ALREADY owned by a dozen financial groups like Blackrock, Vanguard, Berkshire Hattaway. (see the video Monopoly Follow the Money). The more measures ruin our economy and our autonomy, the more these billionaires pocket. They already own the world, but now they also want to control it directly, without all those people who want to be free who are tiresome to manage and less profitable than technology.

But we have a choice! We have the choice not to use this pass and to take back our health and our freedom.

Do you really think these vaccines will save us? All countries that have mass vaccinated have had a resurgence of the epidemic and the appearance of new ‘variants’. But above all, all-cause mortality increased during the vaccination campaign. In Israel there were 30% more deaths in the 20-30 age group than the average for the decade. That’s the only serious figure, PCR tests are to lead you by the nose.

Yesterday Mike Yeadon, former deputy director and chief scientific officer at Pfizer listed the lies about Covid and made two key points. Asymptomatic’ people do not transmit the disease. Vaccines or Spike-based vaccines are dangerous. Hundreds of doctors from the Doctors for Covid Ethics group have signed a formal notice to the European Medicines Agency demanding the withdrawal of Covid vaccines from the market. If they don’t, they will be responsible for serious illness or death. In the United States Robert Kennedy has asked the FDA to stop the use of these vaccines. In France, a member of parliament has taken the Minister of Health to court to demand a halt to vaccination in view of the astronomical number of side effects and deaths. More than 330,000 side effects in Europe and nearly 10,000 deaths after vaccination. At this very moment, the lawyer Renate Holszeisen has filed an appeal to demand that the European Union withdraw the marketing authorisations for the Covid vaccines.

But now they are about to vaccinate teenagers and children with the promise of concert tickets and theme parks. Children do not die from Covid and do not transmit the disease. Remember, this is a large-scale experiment with products whose long-term effects are unknown. If your child gets cancer, autoimmune disease, or cardiac arrest, no one will be there to take care of them for you, nor will they be responsible for the costs. So it is 100% risk for no benefit. Risking children’s lives to ease the anxiety of old people about death is abuse, it’s vampirism. It is criminal.

That’s enough now. I am addressing parents, mothers and women in particular. Do not wait for this to pass. You can see that governments are caught up in a liberticidal and deadly path. Don’t wait for Donald Trump, Robert Kennedy or Reiner Fuellmich to come and save the day. Nuremberg 2 is for judging those responsible after the victory. This victory begins here and now. It is up to us to protect our children and to radiate the life force that is our feminine power.

The destiny of humanity is not in the hands of bankers, technocrats and the military. It belongs to mothers and fathers, teachers, farmers, craftsmen, traders, artists – to all those who choose to act freely according to their conscience. If together we take back our power and put ourselves at the service of life, we can give meaning to this painful experience. We can move forward together towards a world of health, respect for human freedom and caring.
There is a network of collective intelligence emerging. A crowd of awakened people, at the service of life and human beings, and no algorithm, no measure will be able to stop it.

Let us be beautiful, let us be luminous and let us be free