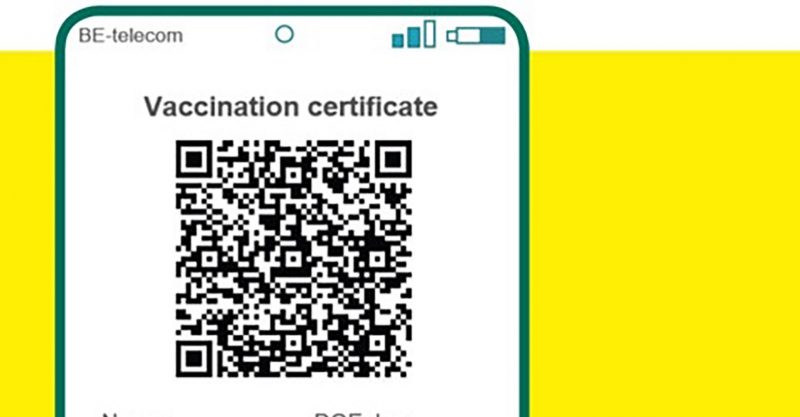 An Irish lawyer says the Proposal, being debated today in the European Parliament, presents a threat to democracy and peace

Here it is in full:

An instrument of unusual significance is quietly on its way to becoming law in Europe: the proposal for a ‘Digital Green Certificate’ (DGC). Up for a vote in the European Parliament’s plenary on Wednesday, it erects a “universal framework” for the control of disease within the Schengen area.

The EU Commission has presented it as a return to freedom of movement, essentially suspended by member states since the World Health Organization (WHO) declared a pandemic.

However the DGC, which creates certificates for Europeans showing the bearer has been vaccinated, tested or achieved immunity, is already beginning to lose its sheen.

Last week, the WHO asked that any plans for making proof of vaccination a condition of entry be abandoned, after the US ruled out enforcing vaccination cards on its territory.

So is it wise for Europe to continue with its own?

Freedom of movement is perhaps the European Union’s most cherished achievement, certainly among northerners seeking a visa-free sun holiday. In my home of Northern Ireland, with our ever-fragile cross-border peace agreement, we have a special appreciation for the importance of keeping borders open.

The recent EU threat to impose a ‘vaccine border’ between Northern Ireland and the Republic imperilled that peace. The EU can’t afford another blunder on borders, so it’s in its own interest that the DGC does what it says on the tin.

However a cursory glance at the contents suggests a case of mislabeling or at least a lack of legal certainty.

The commission assures us that the DGC will not restore (or entrench) border controls. But “universal framework” can only be read as a euphemism for checks within the Schengen zone. It is article 3 of the DGC that creates certificates of vaccination, testing and immunity.

Border guards will have to inspect these.

As it’s put in Article 3(1), there will be “cross-border verification”, performed by the member state “authorities” mentioned in Article 9(2). In the absence of such checks, the certificates would be useless and the “universal framework” would not exist.

With vaccinated Europeans travellers separated from non-vaccinated, infected from non-infected, and immune from non-immune—the DGC, if applied, would be a guarantee of discrimination within the EU.

This is simply not permissable under the Schengen Code. Chapter II of the Schengen Borders Code allows for the temporary reintroduction of internal borders in some circumstances, but that does not include a public health emergency.

The whole endeavour is even more absurd if one acknowledges the scientific certainty that being vaccinated does not mean that one cannot be a carrier of the virus, nor infect others.

‘Vaccinated’ can still be infectious

We already know from the European Medicines Agency and WHO, confirmed by a decision this month of the Conseil d’État (France’s Supreme Court), that no proof exists of vaccination halting the spread of Covid-19.

Meanwhile, in the last months many courts including the Lisbon Court of Appeal and Administrative Court of Vienna have held that PCR testing is unreliable and cannot be relied on for determining infection; a physician must perform a proper medical diagnosis. Thus the DGC certificates are useless as proof of whether you are infected, or can or cannot spread the virus.

There are the financial implications of a universal border control regime which involves the constant handling of that most sensitive of data types: medical records. There is the loss of ideals intrinsic to European democracy. But more pertinantly for me, there is the situation in Northern Ireland.

The explanatory memorandum calls freedom of movement one of the EU’s “most cherished achievements” and a “driver of its economy”.

It is also a driver of peace in my home. The Northern Irish remain citizens of Europe without the Union, and will not accept being checked upon entry into what about a million of them consider their home: the neighbouring member state of Ireland. The prospect of violence is terrible.

Despite these risks and contrary to the recently introduced Better Regulation Rules, the DGC controls are being rushed through with nary a cost–benefit analysis, impact assessment or public consultation—and with limited parliamentary debate.

Why? Well, in the words of the head of the commission’s Covid taskforce, Thierry Breton, when speaking to RTL in March, so that Europeans can once again “enter a public place” and “live without being a risk to each other.”

Could Breton really mean to suggest that there ever was, or ever can be, life without risk? Has the Parisian gentleman, when crossing his home city by car for example, ever encountered the 4-lane 12-exit roundabout at the Arc de Triomphe?

Are these divisions of the population even temporary? The EU, never mind the member states, will have no say on when they end.

According to Article 15, the WHO will decide when the DGC controls are suspended. “Suspension” itself suggests controls that may return. Indeed, the commission grants itself power to reapply the DGC if the WHO declares another pandemic, which on 4 May 2009 it redefined as a spread of “cases”, rather than “deaths”.

With the prospect of rolling non-lethal pandemics, and border checks based primarily on vaccination status, the assertion in the explanatory memorandum that the proposal “cannot be interpreted as establishing an obligation or right to be vaccinated” seems disingenuous.