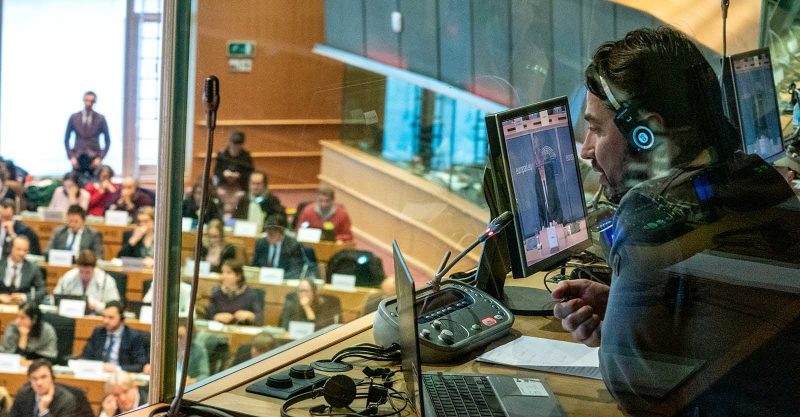 The European Commission has proposed a new system of border controls forcing European travellers to carry a vaccine card, euphemistically dubbed the Digital Green Certificate. Those behind the Proposal for the ‘universal framework’ intended to pass the law with as little debate as possible, despite the brave efforts of some politicians including Croatian MEP Ivan Vilibor Sincic. They said it was urgent. Unfortunately for her leaders, Europe did not agree, and now a Dutch amendment for its rejection is on the table.

This comes after weeks of discontent from voters. Every day for the last month, MEPs have received thousands of emails in a constant stream from impassioned Citizens, unwilling to give up their rights to freedom of movement and bodily integrity. The message from European voters was clear: freedom needs no pass, but the people need freedom.

In fact, the Institutions have been losing ground for some time. First, the USA ruled out a vaccination card on 6 April. Less than two weeks later, the WHO asked that any plans for making proof of vaccination a condition of entry be abandoned because of the unavoidably discriminatory consequences. Then a group of Belgian lawyers and scientists, following a detailed analysis, pronounced the Proposal “disproportionate, inefficient and unfair obstacle to the free movement of European citizens”, in particular given the inaccuracy of the underlying science. Finally, on 19 April Mr Robert F Kennedy Jr. wrote to MEPs urging rejection of the Proposal. In agreement with the Belgian group, Kennedy found the Commission’s assertion that introducing restrictions on free movement would somehow facilitate the exercise of that same right quite simply absurd.

Now the EU is backtracking. Facing a strong, united opposition, and internal disagreement between the Member States, the Institutions have granted themselves more time to amend the Proposal. What they do not realise is that European Citizens are way ahead of them: the people’s amendment has already arrived.

On Wednesday, an amendment from Dutch MEP Rob Rooken, rejecting the Proposal in its entirety (also below), was signed by 36 other MEPs. The Rooken Amendment is ready to be tabled at the next Plenary Session and catches the Establishment on the backfoot. Not only have both the USA and WHO ruled out the use of vaccine cards, but more and more Europeans have begun to realise that no proof that vaccination stops the virus from spreading exists, and that the new controls would cause discrimination across the Union.

So Europe, tell your MEP: Support the Rooken Amendment. Reject the Green Pass. Tell them that the USA did it, the WHO did it, and now it’s Europe’s turn. Tell them it’s time to #rookandroll !

Next week we will vote on the Commission proposal of the Digital Green
Certificate.

I would like to table an amendment to reject this Commission proposal in
its entirety, with the following justification:

The proposed legislation infringes on fundamental human rights,
including freedom of movement, respect of private life, protection of
personal data and equality before the law. It also results in
discrimination against those who have not had the opportunity or do not
wish to be vaccinated or to be tested. Moreover, it does not guarantee
data privacy protection. Sharing of personal and medical data should
never be compulsory and storing of this confidential information is not
necessary. Furthermore, it will most likely be used for other purposes
besides restricting the freedom of movement and it poses a risk to
become permanent since it will be applicable to any variant of
SARS-CoV-2 and similar infectious diseases with epidemic potential. The
Commission has also not conducted an impact assessment. The regulation
has such far-reaching implications for fundamental rights, that an
impact assessment cannot be omitted in light of an urgency. Finally,
this regulation is not necessary to ensure the freedom of movement.
Presenting the results of a negative PCR-test before cross border travel
is sufficient.

If you wish to co-sign this rejection amendment (signatures of 36 MEPs
needed), please sign the attached document and send it back to me.
Deadline: Wednesday 21/4 at 12:00.