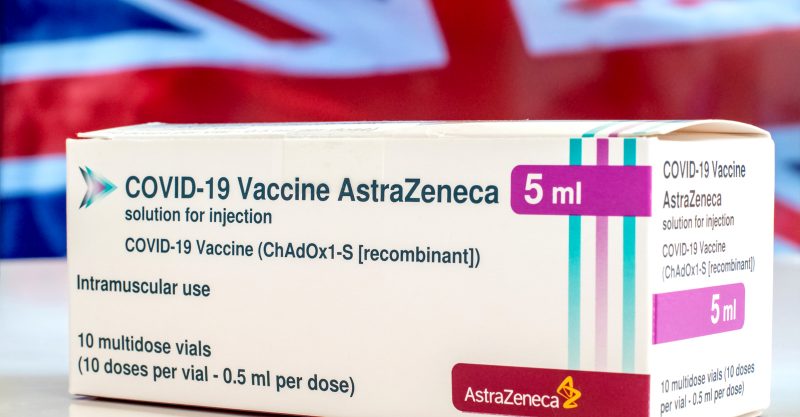 This article was originally published in The Defender on 2 March since when the MHRA have updated the data to 21 February with a further 11,390 Yellow Card reports for the Oxford AstraZeneca vaccine in the space of a week. In seven weeks (4 January to 21 February)  the Oxford vaccine has notched up 42,817 Yellow Cards, 157,637 adverse reactions and 244 fatal reactions.

Between Dec. 9, 2020 (when the first COVID vaccine was administered in the UK) and Feb. 14, 2021, 402 deaths following COVID vaccines have been reported to YellowCard, the UK government’s system for reporting side effects to COVID-related medicines, vaccines, devices, and defective or falsified products.

Britain’s regulator, the Medicines and Healthcare Products Regulatory Agency (MHRA), runs YellowCard, which is the nearest British equivalent to the Vaccine Adverse Events Reporting System or VAERS in the U.S.

So far, only the Pfizer-BioNTech and Oxford-AstraZeneca vaccines have been administered in the UK. The Pfizer vaccine was deployed during the second week of December 2020, and Oxford-AstraZeneca at the beginning of January. (Moderna’s COVID vaccine is approved for emergency use in the UK, but the country has not as of yet obtained any vaccines from the company).

The MHRA has expressed no concern about the number of reports of adverse events connected with these new products, even failing to note how much worse the Oxford product has performed in comparison to the Pfizer vaccine.

Similarly, the accumulation of hundreds of deaths has failed to register a flicker of concern from them.

In January, the deaths of 23 frail elderly in Norway made international news — and raised questions about whether we should even be vaccinating people who are already near death. While it’s true that thousands of frail elderly people inevitably die every week, the lack of evidence of an active attempt to find out what is going on in individual cases is troubling.

The MHRA responded to the Norwegian report by saying “it did not currently anticipate any specific concerns,” a highly prejudicial statement. At the time The BMJ (formerly the British Medical Journal) permitted a short on-line response from me under the title “Is the MHRA up to it?”:

“But the MHRA also did not detect concerns with narcolepsy and the Pandemrix vaccine in 2009 and was unapologetic nine years on in these columns (while Clifford Miller going through the available data found as many as 178 potentially related reports in the first 67 days) … More recently they did not anticipate problems with PEG and anaphylaxis before the rollout of the Pfizer BioNTech vaccine, though these were already identified by others…”

However, it is even more worrying that even after 400 reported deaths the British Medical Journal will not publish my letter critiquing the MHRA data.

A major difficulty is that the MHRA system breaks down the data so that it is impossible to connect these deaths with preceding adverse events, although most reports are said to include multiple reactions.

Yet it is reasonable to assume that the preponderance of these reported deaths were preceded by a sequence of events — otherwise no one would have thought to make a report. However, the YellowCard format masks this information.

As with any passive reporting database we are met with the paradox that no single vaccine death is confirmed (and any doctor who confirmed one would likely say good-bye to their career in the UK). We also know vaccine-related injuries are generally  under-reported by many times.

Nevertheless, the very distinct event profiles of two products filtered through the same same system after 15 million vaccine administrations would suggest that there is something to be investigated and explained.

The BMJ has declined to publish my successive letters on the subject of investigating COVID vaccine injuries and deaths, but here’s my latest (unpublished) letter to the publication:

Paul Thacker raises important concerns over transparency and the Oxford-AstraZeneca vaccine, but I believe there are also questions about safety.

In January, eyebrows were raised because of 23 deaths in frail elderly Norwegian patients following the Pfizer vaccine. Since then we seem to have come a dangerous distance.

MHRA data so far lists a combined 402 fatal reactions to the Pfizer BioNTech (197) and Oxford AstraZeneca (205) products. According to the MHRA publication, the data was updated Feb. 14 when approximately 8.3 million Pfizer and 6.9 million Oxford AstraZeneca products had been administered.

It is important to recognize that these data are by no means random: The reports are filtered through the same system (even though it is passive and likely to represent only a fraction of cases) and these products have quite distinct profiles.

The Oxford-AstraZeneca safety profile should also be borne in mind considering that the company is planning to conduct trials with children.

Whether it is ethical to administer vaccines with such open safety issues is one thing, but it is another when the data from one product seems to be so markedly inferior to the other.

Note that the linked MHRA documents (here, here and here) have a rolling update and this data will only be correct for the week Feb. 26 – March 4, 2021.

Finally, I would be grateful to have any errors of transcription or mathematics pointed out to me.