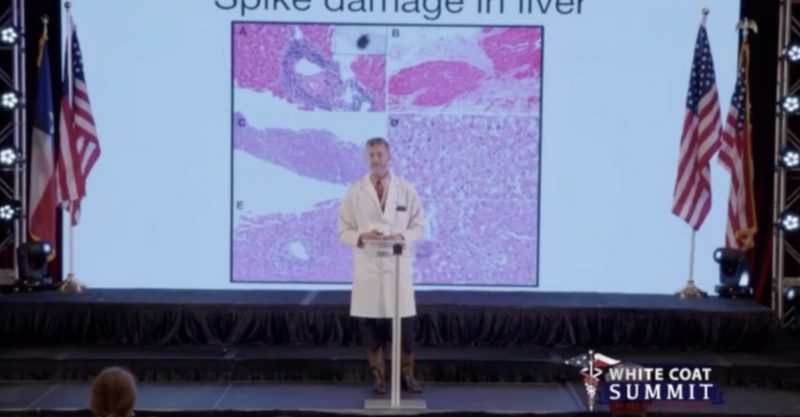 Board-certified pathologist, Dr. Ryan N. Cole MD spoke at the White Coat Summit about the catastrophic damage COVID vaccines are doing on humans and warning of the toxic spike protein and the potential long-term effects of vaccines.

The first autopsies are only being done after 11000 death reports?

“This is not science. This is a poison attack on our population.”

“In the Pfizer paperworks and applications, it clearly states that in the rats, there is a 16% decrease in fertility. These are one of the most fertile mammals on the planet. (…/…) So what they’re doing on humanity? The answer is: We don’t know… Guess what? We don’t have long term safety data yet. That’s the tragedy and the crime in all of this. It’s an experiment. It’s an emergency authorisation, not approved. Humanity is the phase 3 trial.”

“What is the risk of impairing fertility for a life time? We don’t know.”

“No more mandatory forcing of employees. (…/…) ‘How in the world will these hospitals and these employers be saying: ‘You can not work for me if you don’t sign up to be a subject for an experiment on humanity’ ”