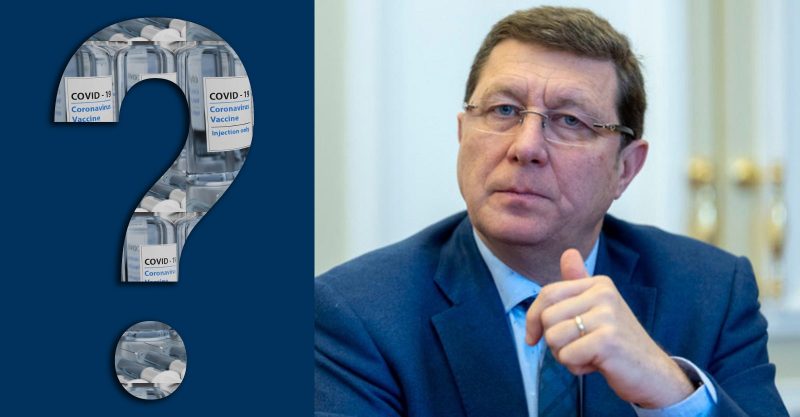 In a recent statement, Mr. Mauro Poggia, State Councillor in charge of health in Switzerland, urged customers of establishments not requiring the Covid Certificate to denounce. “The people who take the trouble to obtain the health pass must themselves become measures of general control”. This would be “a citizen’s duty”, he added, in words that seem to take us right back to the days of collaboration during WW2.

This is not the first time that Mr. Poggia has sought to impose active discrimination policies, as he issued the proposal to deny unvaccinated people a portion of their medical coverage in the event of hospitalization as a result of Covid 19.

Similarly in August, he had demanded a double penalty for unvaccinated caregivers refusing to comply with the requirement to be tested to go to work.

Faced with these new threats to the privacy of Swiss citizens and the imposition of a Covid certificate that a majority of the population seems poised to reject in the November 28 referendum, ‘anonymous whistleblowers’ at a Geneva hospital are determined to return the favour by casting doubt on his own vaccination, by sharing a photo that, as of October 23, appeared to indicate a vaccination status… still blank!

Without being able to guarantee the absolute authenticity of the information according to which Mr. Poggia was not vaccinated, the diffusion of this image is indicative of the growing anger and distrust that his extreme statements arouse. For many, it is now a question of knowing if the words spoken by this omnipotent are also reflected in his actions. Indeed, is it not legitimate that those who set themselves up as inquisitors and strive to turn private health data into an instrument of public control, should themselves be the first to be subjected to the questioning and judgment of the people?

To hide behind the “right to medical confidentiality” would be a bad joke. The argument of an error in the records would not be convincing in this case either.

While ardently defending the importance of free and informed choice, if it turns out that Mr. Poggia has not yet received 2 or 3 doses, there is reason to be concerned.

Either he does not trust the so-called Covid vaccines.

This is understandable when we see the unfortunate example of California Governor Newson who, after insisting on imposing vaccination on children, seems to have suffered a serious post-vaccination reaction himself.

Either there is, for many elites, a double standard…

What about the other experts and members of the government who approve of the arsenal deployed to vaccinate at all costs?

Behind an air of exigency and moral rigor, let’s recall that Mr. Poggia and his colleagues have already been caught in flagrant violation of the rules he intends to impose. For example, they did not hesitate to go on a recreational trip to Mount Rigi, packed like sardines, without anyone wearing the slightest mask, or respecting the social distance, as shown in this photo taken in the mountain train.

Or is he ‘bound’ by files that we don’t know?

Mauro Poggia also appeared in the list of people appearing in the Panama Papers, associated with an offshore company in the British Virgin Islands from 2005 to 2014, when he was already a member of the Geneva State Council. When asked about this surprising revelation, Poggia denied having carried out any type of illegal activity.