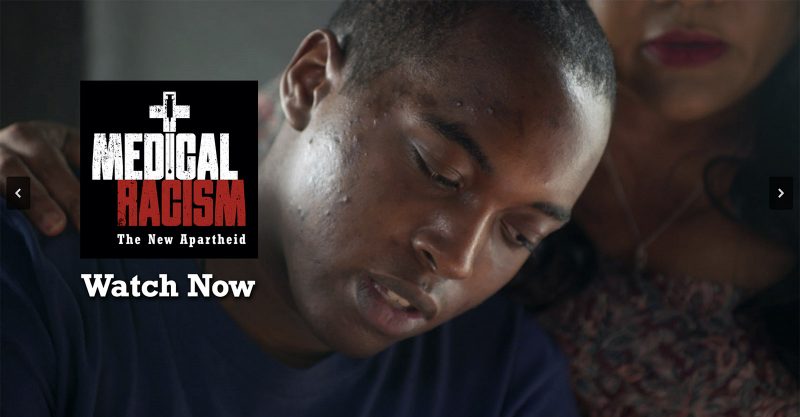 Exposing the Truth Behind Systemic Racism in Medicine

From post-Civil War era and the Tuskegee Experiment to the present, explore the medical experimentation on Blacks in this unprecedented journey to unearth the truth.

Where there is a risk, there should be a choice

This powerful documentary will show you:

David Centner is a successful inventor, serial entrepreneur, tech visionary and philanthropist, with pioneering ventures in Web development, online marketplaces and electronic toll collection. Mr. Centner has had 4 successful exits with technology companies that he founded and led.

In 1994, Mr. Centner founded one of the world’s first Internet development and “interactive advertising” agencies, K2 Design. As its chairman and CEO, Mr. Centner at age 30 guided K2 Design through a successful 1996 IPO and eventual profitability. K2 Design was the first of its kind to be inducted into the prestigious American Association of Advertising Agencies.

In 1996, Mr. Centner founded and incubated CLIQNOW!, a leading online ad network, which was sold the following year to pre-IPO 24/7 Media.

In 1997, Mr. Centner founded and was CEO of MaterialNet, the world’s first reverse-auction, buyercentric business-to-business e-marketplace for raw materials. MaterialNet was acquired by Perfect Commerce in 2002.

Mr. Centner is a graduate of the Wharton School of Business with a major in Entrepreneurial Management. Mr. Centner was born and raised in Miami, Florida.

Robert F. Kennedy, Jr. is founder of Waterkeeper Alliance and founder, chairman of the board and chief legal counsel for Children’s Health Defense. He is also counsel to Morgan & Morgan, a nationwide personal injury practice.

Kennedy is an esteemed author, with a long list of published books including the New York Times’ bestseller, “Crimes Against Nature.” Mr. Kennedy was named one of Time magazine’s “Heroes for the Planet” for his success helping Riverkeeper lead the fight to restore the Hudson River. His reputation as a resolute defender of the environment and children’s health stems from a litany of successful legal actions. He received recognition for his role in the landmark victory against Monsanto last year, as well as in the DuPont Case that inspired the movie “Dark Waters” (2019).

Kevin D. Jenkins is Chief Executive Officer (CEO) of the Urban Global Health Alliance (UGHA) that serves as a valued partner with communities to empower and engage all on the issues of health and wellness. UGHA recognizes that in an increasingly urbanized world, health issues present new challenges that go far beyond the health sector and require action at the global, national, community, and individual levels.

Kevin and UGHA have been instrumental in the Health Freedom Movement, combining the institutional power of partnering with parents, religious, community leaders, and other advocacy groups to create step-by-step strategies and resources to help leaders stay engaged. Kevin works to bring together municipal authorities and decision-makers across multiple sectors with the aim of promoting intersectional action to reduce urban health inequities. UGHA’s strategic approach to grassroots organizing and spirituality has made it a powerful force for improvement. On behalf of UGHA, Kevin has participated in legislative strategy, interfaith alliance-building, freedom protests, and community organizing events in New Jersey, Connecticut, Virginia, New York, Illinois, Colorado, California, and Massachusetts. Kevin believes that it is time for Black Americans to own their “square” and help educate, embrace and activate their fellow countryman, and advocate for the right

For more than two decades, Nation of Islam student Minister Tony Muhammad has dedicated his life to helping bring peace to the streets of Los Angeles while building bridges between people of diverse races, religions and beliefs at local, state, and national levels. In 2012, he co-founded the United in Peace movement in the streets of South Los Angeles, bringing together notorious rival gangs for motorcycle rallies known as “Peace Rides” through strife-ridden neighborhoods. These Peace Rides have inspired other cities dealing with warring gangs to establish similar programs. His work ranges from skillful conflict resolution between warring gang members, fighting against hunger with food programs and distribution, to promoting peace in the streets and advocating for justice for murdered children and their families, and bridging the gap between law enforcement and the community. Minister Tony’s movement is diminishing violent crime through distribution of “The Million Man March Pledge” and The Way to Happiness common-sense moral code. He is a regional representative for the Nation of Islam and is the Student Western Regional Minister of the Honorable Minister Louis Farrakhan and the Nation of the Islam. He has appeared in many documentaries addressing inner-city gangs in his role as a peacemaker.

Curtis Cost, M.B.A., believes that vaccines represent one of the greatest threats to people around the world, especially to Africans and Latinos. Mr. Cost tries to bridge the information gap with information and activism to encourage vaccine research and informed consent. He is the author of Vaccines are Dangerous: A Warning to the Black Community. And, also the author of What is Safe Sex in the Age of AIDS? If You Only Knew What They Aren’t Telling You, for which he was nominated the best new author of the year by the National Black Achievement Awards. He is the first and still the only African-American to have written a book critical of vaccines. Mr. Cost has a BA from Vassar College as well as an MBA from the Kellogg School of Management at Northwestern University.

As part of his 30 years of activism for black community issues, Mr. Cost has been interviewed on national and local television and radio programs including Tony Brown’s Journal, the Gary Byrd show, the Gary Null Show, Governor David Patterson on WLIB, night talk with Bob Law, Exploring Advantages with Dr. Betty Shabazz and the popular talk station WBAI. In addition, he has been interviewed by the Amsterdam News, New York Times, Village Voice, and other influential newspapers and magazines. Curtis is an active lecturer; speaking at colleges, community, and church groups. He has served as Vice President of the Scholar’s Committee of the Reverend Al Sharpton’s National Action Network. In his work there, he organized community forums on topics such as vaccines, AIDS, parental rights, holistic health alternatives and participated in the organization’s important activist work.