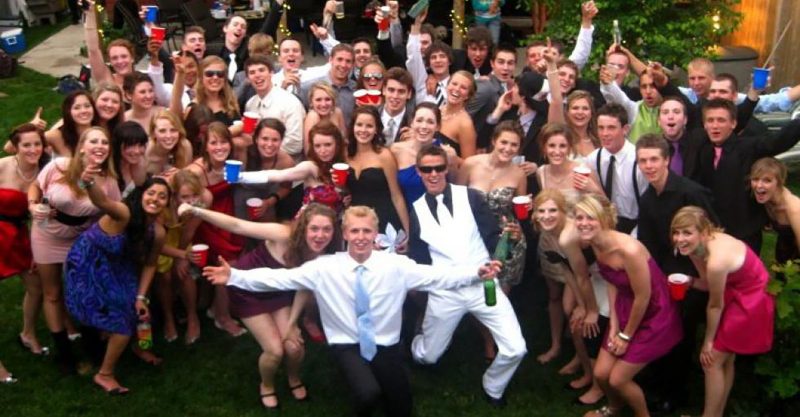 If you believe the mainstream media—which, unfortunately, it seems most people do—you could be forgiven for imagining that the most pressing issue surrounding so-called Partygate is that the Government “broke the rules”. Irksome though this rule-breaking is, however, it is neither unexpected nor unusual.

Throughout history, politicians have been caught breaking the rules they set, and the laws they enact, on innumerable occasions. For such a small group of people, they have always had among them a disproportionate number of individuals who consider themselves above the law. This kind of behaviour is quite normal for the political class.

Many of those who attended these gathering, such as UK Prime Minister Boris Johnson, Chancellor of the Exchequer (British finance minister) Rishi Sunak and the then Health Secretary Matt Hancock, were instrumental in enforcing the nationwide lockdown of everyone else. Millions of citizens were placed under effective house arrest while this particular gaggle of Conservative politicians, advisors and Whitehall bureaucrats ignored their own regulations.

Neither the mainstream media nor any politician has gone anywhere near discussing the the real issues. There has been a collaborative wall of silence ensuring that a majority of the people never realise the true nature of the wrongdoing. The objective is to exclude those who do speak about the most obvious implication of Partygate from the conversation.

Partners In A Cover-Up

While we might expect people to be angry about the rank hypocrisy that Partygate revealed, the mainstream media have created an associated narrative which entirely obfuscates the real issues. To sell the preferred storyline, the mainstream media were quick to exploit emotional accounts of people who couldn’t visit dying loved ones or those who lost their jobs as the businesses they worked in collapsed, all of whom “obeyed the rules”.

The mainstream media talked about nothing but the inherent “unfairness” of the party-goers rule breaking: how it is one rule for them and another for everyone else.

Politicians on both sides of the house rattled off exactly the same story. Following payment of a fixed penalty notice for his rule-breaking, Boris Johnson reinforced the official narrative with his apology. He told Parliament:

It did not occur to me, then or subsequently, that a gathering in the Cabinet Room just before a vital meeting on Covid strategy could amount to a breach of the rules. […] I repeat that was my mistake and I apologise for it unreservedly.

Later, the Labour leader, Sir Keir Starmer, gave an apparently impassioned response. Thick with emotional messaging, he too completely ignored the most salient issues. Like Johnson and the entire mainstream media, his only stated concern was the demonstrable lack of fairness and respect:

Telling stories in an attempt to unseat his opponent was the full extent of Starmer’s response. As the leader of Her Majesty’s Opposition, he didn’t—despite the apparent barrage—ask any searching questions of Johnson’s government. He simply reiterated the same story that the government and their mainstream media partners were peddling. Starmer was just as eager as Johnson to maintain the deception.

In any event, it appears that Starmer was also guilty of the same rule-breaking he berated Johnson over. At a time when he was pressing for even more stringent lockdowns, he was photographed drinking beer at a constituency “meeting”.

Starmer said the group was “working” and therefore there was no technical “breach of rules”. This highly implausible account was enough for him to avoid a police investigation. It seems swigging beer and polishing off canapés while he is “working” is standard practice for the Labour Party leader.

A cursory delve into social media or an overheard conversation is enough to appreciate how successful this distraction propaganda has been. People are understandably furious about the discovery that the rule-makers were rule-breakers. They have vented their anger online, bitterly complaining when faced with the stark reality of a political class that evidently sees them as little more than subjects to be ruled.

While the exasperation and disappointment are perhaps justified, in following the approved mainstream media script, the general population are also ignoring the real issues. It seems many of us have collectively been bamboozled into arguing over minutiae while remaining blind to the magnitude of the crime that has actually been committed.

Their behaviour demonstrates that those who attended the Downing Street parties did not believe that there was a pandemic. Irrespective of their words, their actions revealed that they were not concerned either about transmitting or contracting any disease. For them, there was no pandemic risk; there was no pandemic.

In a real pandemic or epidemic, people are fearful—for good reason: there is a risk that social activities could prove to be lethal. That was not the case during the World Health Organisation’s (WHO) alleged Covid-19 pandemic, just as it wasn’t the case in the WHO’s 2009 H1N1 flu pandemic.

In both instances, pandemic mortality was only found in the computer models and spurious test-based attributions of cause of death, not in the real data. Covid-19 was another pseudopandemic.

Instead, people were convinced to be fearful by a government propaganda, censorship, and applied psychology operation. Some of those leading the terror campaign were the same members of the political establishment who enjoyed the offending drinks parties. They did so on the implicit understanding that they were at no risk themselves. Why else would they attend or even organise these gatherings in the first place?

They were among the people who supposedly had direct access to the best scientific advice. No one had a better opportunity to be fully briefed on the dangers of Covid-19 than the Partygate and Labour Party “meeting” attendees. Yet they were not remotely concerned.

They weren’t the only Covid rule-makers who saw no risk from the disease they told everyone else to fear. Other nonchalant individuals included leading scientists, scientific advisors and numerous MPs—all of whom pushed the Covid fear agenda.

Professor Neil Ferguson, whose dire predictive models were a leading cause of the initial alarm, didn’t bother maintaining the protective familial bubble that everyone else was told to observe. He ignored the risks, proffered in his own paper, to continue his affair. Thus supposedly he risked infecting himself, his family and his lover with what he alleged to be an incredibly dangerous disease. Obviously, this was not a danger he took seriously.

In response to Ferguson’s faux pas, Partygate attendee and then Health Secretary Matt Hancock immediately said that the rules were “deadly serious” and “there for everyone”. Again, obeying the rules was the only issue discussed. That Ferguson couldn’t see any preventive health benefit to following the rules was a detail studiously ignored.

Hancock then misled the nation by publicly declaring that it was “not possible” for Ferguson to remain a government advisor. However, Ferguson did continue to advise Hancock and other government ministers as a member of the New and Emerging Respiratory Virus Threats Advisory Group (NERVTAG).

Hancock didn’t believe that there was any risk either. Not only did he party with his friends during lockdown; he also ignored social distancing rules to continue his extramarital affair. Like Ferguson, Hancock had no problem breaking the regulations. He wasn’t in the least but worried about a pandemic.

Scotland’s Chief Medical Officer, Dr Catherine Calderwood, resigned after it emerged she had taken her children on holiday during lockdown. She, too, was admonished by the police after urging every resident of Scotland to “stay at home to protect the NHS and to save lives”. Not only was she in practice unconcerned about saving anyone’s life; she was seemingly happy to expose her own children to the allegedly lethal disease. Dr Calderwood clearly didn’t recognise any pandemic health threat either.

Bournemouth MP Tobias Ellwood (Chairman of the UK Defence Select Committee and a serving 77th Brigade officer) spoke in June 2020 about people gathering in the sunshine on Bournemouth beach. Ignoring the fact that Vitamin D is essential to tackle respiratory viruses, he said:

[S]ocial distancing went out the window and that’s why a major incident was declared. [….] We need to learn from this and recognise that if we’re going to be serious about tackling this pandemic then we need to be swifter in being able to provide support to local authorities. […] I would hate to see Bournemouth or any seaside resort become that place where the second spike is the first to appear.

A few months later, Ellwood attended a Christmas party during lockdown hosted by the Iraq-Britain Business Council. Like Starmer, he brushed aside the fact that he had broken the intent of the social distancing and lockdown rules—by claiming the knees-up somehow constituted work. He certainly didn’t appear to be “serious about tackling this pandemic”.

Then chief strategy adviser to the Prime Minister, Dominic Cummings, also broke the intent of the lockdown and social distancing restrictions when he took his family on a 540-mile round trip to County Durham. While he suspected that he had previously been exposed to Covid and that his wife was potentially ill with Covid, they bundled their young son into a car and, sitting in the tiny enclosed environment, embarked upon the four-and-a-half-hour drive.

Again, Cummings used the “no technical breach” argument in his defence. This point is a practical irrelevance. Presumably, neither Cummings nor his wife was bothered about exposing their young son, or the rest of his family, including his parents, to what they both supposedly believed to be Covid-19. Bluntly, they did not perceive any genuine pandemic risk.

The list goes on: Robert Jenrick MP (Housing and Communities Minister), Stephen Kinnock MP (Shadow Minister for Asia and the Pacific and husband of former Danish Prime Minister Helle Thorning-Schmidt), Margaret Ferrier MP (Rutherglen and Hamilton West), and Bob Seeley MP (Isle of Wight) have all been accused of “breaking the rules”.

Whether they did or not, regardless of whatever technical defence they offer, by their actions all of these people have illustrated that they did not believe that there was ever any serious risk from a pandemic disease. Yet all have persistently maintained that this threat existed.

The real crime exposed by Partygate is not that some of the rule-makers became rule-breakers. It is that some of the leading architects of the lockdown and social distances policies that destroyed the economy—and instilled fear in nearly every citizen—did not, for one moment, believe that there was ever any public health justification for doing so.

It is quite remarkable that not a single Member of Parliament or a single mainstream media report has even mentioned the glaringly obvious. The establishment, both political and journalistic, has steadfastly maintained this obfuscation for nearly two years. The apparent collusion between Parliament, the political establishment and the media has effectively reframed the Partygate debate to exclude the most serious consequences from public attention.

If those who designed and advocated the lockdown rules weren’t even moderately concerned about the public health risk of an alleged pandemic, then what were these policies intended to achieve? If these people understood that there was no public health justification for disastrous lockdown policies, why did they promote them—knowing they would lead to enormous economic and social costs?

Who are these people, and who do they represent?