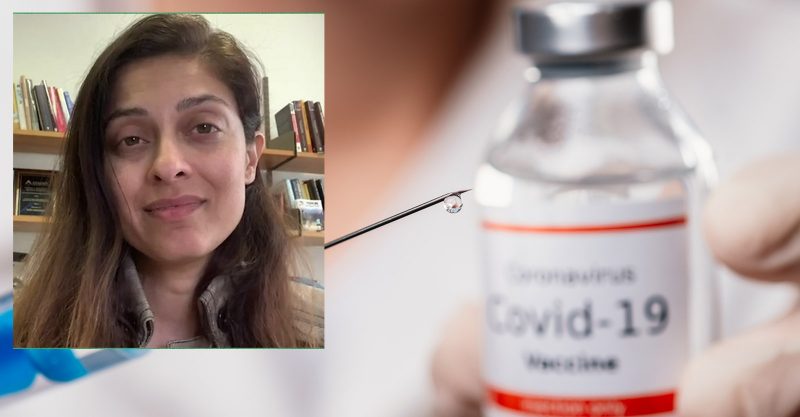 The UK Medical Freedom Alliance has sent this Open Letter (text below + please download the PDF here) to Professor Devi Sridhar re BBC Newsround Episode (7 June 2021) on Vaccines for Children.

The UK Medical Freedom Alliance has sent a letter of complaint to Prof. Sridhar in response to statements she made on BBC Newsround, a programme shown in most UK schools. Her statements included several false and/or misleading claims such as: Covid-19 vaccines are 100% safe, children should get the vaccine to protect their parents, and the benefits to children outweigh any risks.

“Presenting such a simplified and biased message is, in our opinion, deeply irresponsible, amounts to propaganda, and negatively impacts on the process of giving fully informed consent. We have requested that Prof Sridhar immediately retracts the entire message and issues a clear public apology for misrepresenting the facts relating to the safety concerns of Covid-19 vaccines in children.”

Please share this letter as widely as possible on your social media channels and with journalists, media outlets, celebrities and others.

We would like to share with you our Open Letter to the MHRA dated 7 June 2021 regarding Covid-19 vaccines for children.

This is in response to your recent appearance on BBC Newsround, where you made several statements which are entirely unsupported by scientific evidence.

Concerns are mainly related but not limited to the following points:

You will find the relevant references to all those points in our Open letter.

In the current situation, which is fraught with uncertainty and fear, the public is looking to professionals for balanced advice. To present such a simplified and biased message is, in our opinion, deeply irresponsible. When it is targeted specifically at a vulnerable group of children, it is unforgiveable.

We note that the currently accessible version of your statement on Newsround has already been redacted, as you originally claimed 100% safety for the Pfizer-BioNTech vaccine. You must have been aware that declaring any medical intervention 100% safe undermines anyone’s credibility.

Editing a feature after it has already been circulated and viewed by huge numbers of the public and children, without a publicized explanation or apology, is highly irregular. The comment at the end of the written transcript, merely noting a correction, will not reach the majority of the audience who have heard and assimilated your initial claim.

We therefore request that you immediately retract your entire message and issue a clear public apology for misrepresenting the facts relating to the safety concerns of Covid-19 vaccines in children.

We request that your retraction and apology are circulated as widely as your initial message, and specifically to all schools where this material may have been shown to children.

We are expecting a response confirming that you have taken appropriate action, or otherwise justify the reasons why you have not done so.