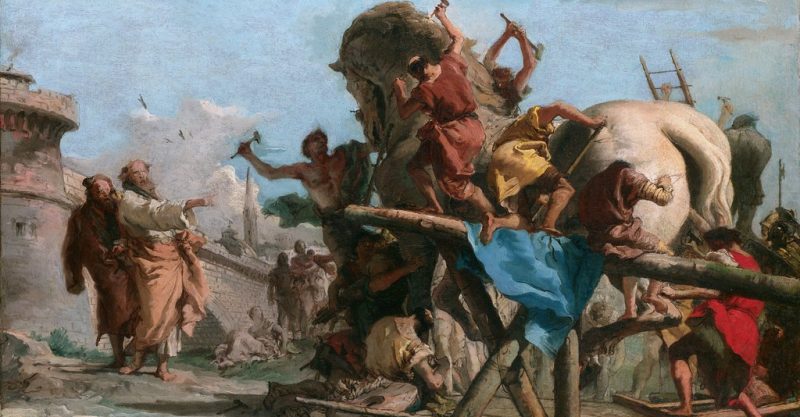 Switzerland is considered a haven of grassroots democracy. “Voting citizens” in the land between Mont Blanc and Lake Constance can vote on important issues which in other countries are decided by parliaments or legislatures elsewhere. And yet, even in Switzerland, not all is well with that, as the upcoming referendum on the Covid law on Nov. 28 shows. The challenge for all democrats: Although they advocate the maintenance or reclamation of basic democratic rights, and thus a constructive social culture, on November 28 they must be prepared to play the role of the seemingly destructive “spoilsport.” The reason: Just as, according to legend, the Danaans once did before Troy, the establishment in political Bern has presented the people of Switzerland with “a Trojan horse” that is supposed to tempt them to vote “yes” to the amendment of the Corona Act.

Therefore, a large rally will take place in Bern on November 12, to which, among other guests, Children’s Health Defense – Chairman of the Board Robert F. Kennedy, Jr. is expected. The aim of the rally, organized by farmer and activist Urs Hans, is to make the Swiss population aware of the attempted deception – and the dire consequences for democracy that would inevitably follow.

After the lost referendum on the Covid 19 law by a margin of 40:60 in June, the initiators managed to collect the necessary signatures for a new referendum within a short period of time, thus forcing the government to hold another referendum. However, the political elite in Bern has retained control over the wording of the question put to the vote.

Thus, the actual core of the amendment, the shift of further powers to the central state level and away from the citizens in the cantons on the one hand, and the creation of a digital Covid certificate as a prerequisite for access to large parts of social life on the other, was not recognizably formulated on the ballot paper. Similar to the Greeks with the Trojan horse in Homer’s Illiad, the political puppeteers in Bern packaged the anti-democratic and dangerous parts of the law in an apparent gift of supposed social benefits mentioned in the question for the referendum. As though else was at stake. The question reads:

»Do you want to approve the March 19, 2021 amendment to the Federal Law on the Legal Basis for Federal Council Ordinances to Address the Covid 19 Epidemic (Hardship Cases, Unemployment Insurance, Supplemental Family Child Care, Cultural Professionals, Events)?«

Wording of the ballot paper for the referendum of November 28, 2021 in the Swiss Confederation