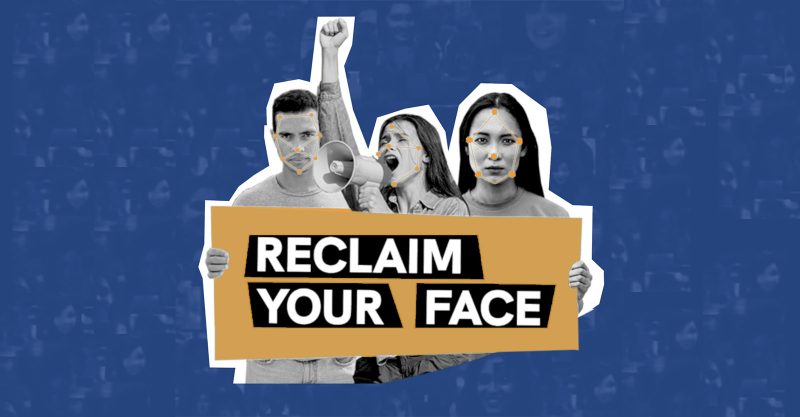 The European Citizens’ Initiative (ECI), Reclaim Your Face, is calling the European citizens to ask for the ban on biometric mass surveillance practices.

On 21st April, the European Commission proposal for a Regulation on artificial intelligence (AI) highlighted the seriously risky business of biometric mass surveillance (BMS), and proposed a new rule to prohibit law enforcement authorities from doing some of these practices – a step in the right direction.

The petition, which already have almost 50,000 signatures, now asks the European Commission to strictly regulate the use of biometric technologies in order to avoid undue interference with fundamental rights.

” In particular, we ask the Commission to prohibit, in law and in practice, indiscriminate or arbitrarily-targeted uses of biometrics which can lead to unlawful mass surveillance. These intrusive systems must not be developed, deployed (even on a trial basis) or used by public or private entities insofar as they can lead to unnecessary or disproportionate interference with people’s fundamental rights. Evidence shows that uses of biometric mass surveillance in Member States and by EU agencies have resulted in violations of EU data protection law, and unduly restricted people‘s rights including their privacy, right to free speech, right to protest and not to be discriminated against. The widespread use of biometric surveillance, profiling and prediction is a threat to the rule of law and our most basic freedoms.
In this ECI, we therefore urge the Commission to propose a legal act which will build upon, and fully respect, the general prohibitions in the GDPR and the LED to ensure that EU law explicitly and specifically prohibits biometric mass surveillance. ”