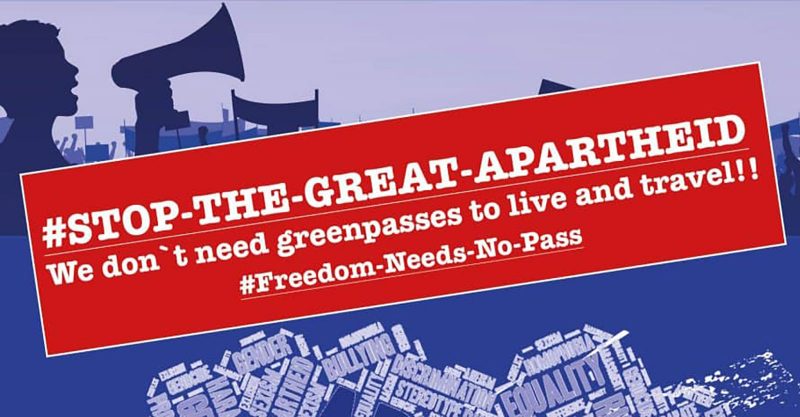 The European Parliament has approved the green Covid-19 vaccination pass in the last week of April. The issue of the vaccine passport was “non-debated” in Brussels. We want to contest this. If we have any chance of blocking this totalitarian measure, we must try to seize it.

The urgency of the moment is to gather our forces towards a common objective, to save the rule of law and the associated democratic values in order to block the advent of a de-socialised, dehumanised, vaccinated and digitalised world. The series of health scandals highlighted during this crisis obliges us to redouble our vigilance and to continue our fight for the freedom to choose.

Fortunately, more and more citizens​ are doing a great job at waking up politicians to the dangers and the absurdity of this. Children’s Health Defense Europe urge you all to take action. We are watching how things are unfolding and this is now an emergency. We must protect our Democracy, our Health, our Freedom and the Respect of all Human Lives.

We encourage individual initiative, which is why we give suggestions on how to organize rally, Europe-wide.