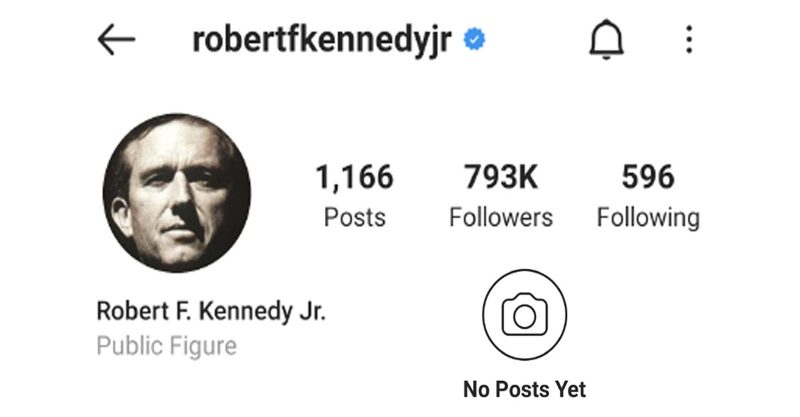 Robert F. Kennedy, Jr., Chairman of Children’s Health Defense, had this to say regarding Instagram’s censorship:

“Every statement I put on Instagram was sourced from a government database, from peer-reviewed publications and from carefully confirmed news stories. None of my posts were false. Facebook, the pharmaceutical industry and its captive regulators use the term ‘vaccine misinformation’ as a euphemism for any factual assertion that departs from official pronouncements about vaccine health and safety, whether true or not. This kind of censorship is counterproductive if our objective is a safe and effective vaccine supply. The pharmaceutical industry is hastily creating vaccines using taxpayer money and untested technologies. These include a rash of risky new products that are exempt from liability, from long-term safety testing and that have not received FDA approval. Emergency Use Authorization is a mass population scientific experiment. If it has any prayer of working, it will require extraordinary scrutiny from the press and the public. Instead, the mainstream media and social media giants are imposing a totalitarian censorship to prevent public health advocates, like myself, from voicing concerns and from engaging in civil informed debate in the public square. They are punishing, shaming, vilifying, gaslighting and abolishing individuals who report their own vaccine injuries. Anyone can see that this is a formula for catastrophe and a coup d’état against the First Amendment, the foundation stone of American democracy.”

The Real Reason Robert F. Kennedy, Jr. Is Being Censored