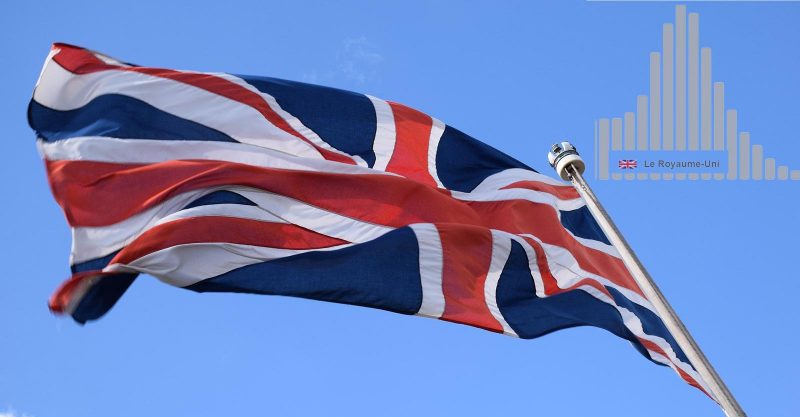 The comparison with unconfined Sweden with very little vaccination is eloquent; between the beginning of December (start of vaccination) and 29 March 2021, Great Britain had 62,547 deaths attributed to Covid-19 (i.e. 919/million inhabitants) against 5,371 (537/M) in Sweden over the same period. 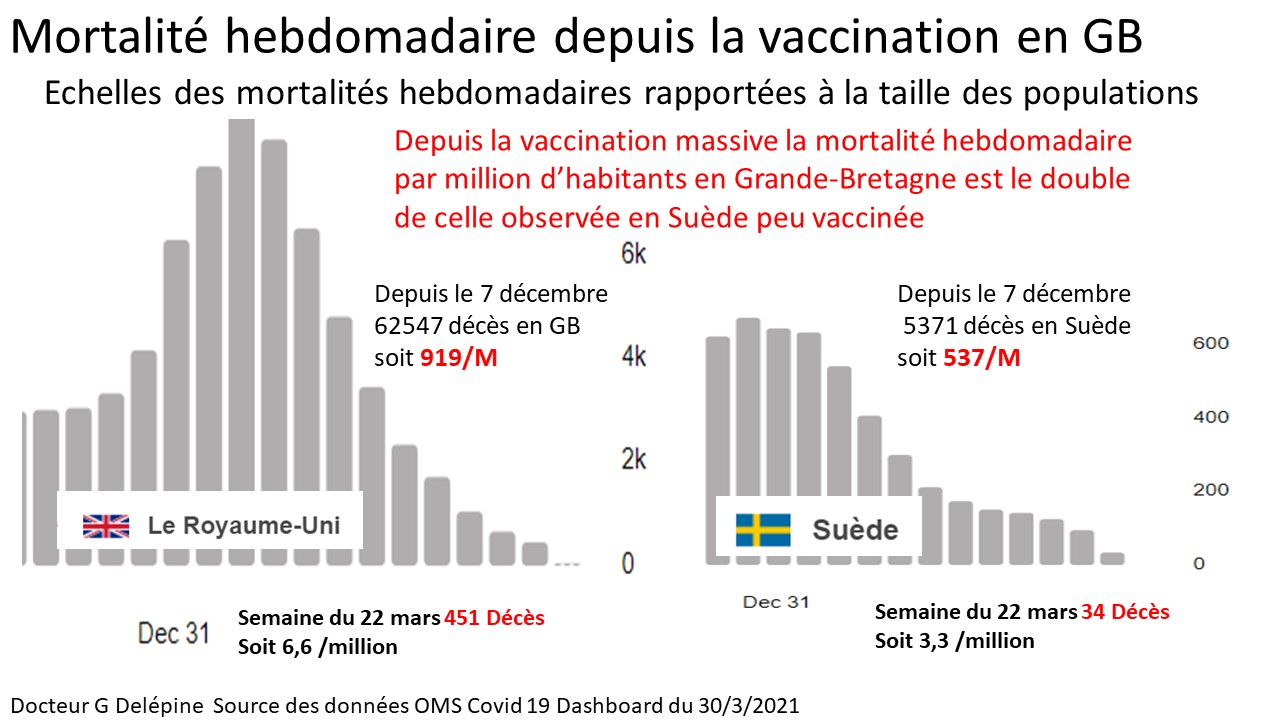 In total, since vaccination, Great Britain has become the second highest European country in terms of Covid-19 deaths with 1,807 deaths/M behind Belgium (1, 988/M).

How can the media claim that the UK vaccination is a success and that it will prevent severe and that it would prevent severe forms! Are journalists copying the victory reports of the the pharmaceutical companies and the British government, without checking that their propaganda is compatible with the official WHO figures that anyone can consult on the WHO Covid19 Dashboard?

The success of a mass vaccination is not measured by the percentage of people vaccinated, but only by the reduction in the number of cases vaccinated but only by the decrease in the number of contaminations and the drop in mortality. However, in all the countries that are champions of vaccination, we are witnessing on the contrary, there has been a sharp increase in both indices. Another example is the United Arab Emirates United Arab Emirates: 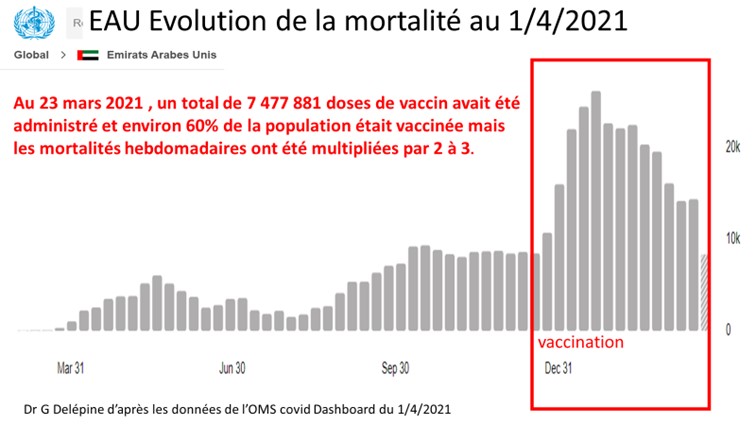 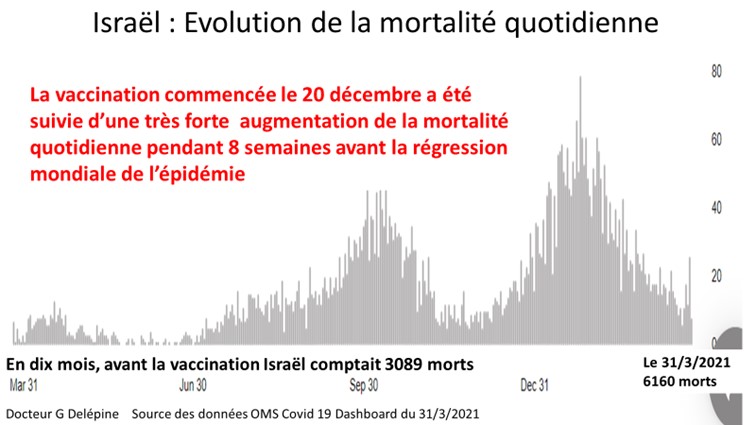 These post-vaccination developments are very worrying. They suggest that the low level of of antibodies after the first injection of the vaccine may have favoured a phenomenon of of facilitating antibodies that aggravate mortality, as the Académie de médecine feared in its press release of 11 January last:

On a collective level, obtaining extended vaccination coverage, but weakened by a low level of immunity, will constitute a favourable ground for the emergence of one or more variants that escape immunity induced by vaccination“.

These risks of Covid-19 vaccination were also highlighted by 5 members of the Scientific Committee, including Professor Delfraissy in a recent article published in the Lancet:

“The rapid arrival of SARS-CoV-2 variants such as those first identified in South Africa and Brazil suggests a so-called natural immune escape. In addition, the dynamics of herd or vaccine immunity in the regions where these variants have emerged may have exerted substantial pressure on the viral ecosystem, facilitating the emergence of a variant with increased transmissibility.

If significant immune evasion occurs, current vaccines will likely still offer some benefit to individuals. At the population level, however, they could induce viral selection and escape, making the prospect of achieving herd immunity becomes increasingly remote. This virological game-changer has many implications, not only for vaccines and treatments, but also for prevention and control strategies. The long-awaited end of this global health crisis may be continually delayed as new variants emerge and immune evasion reduces the effectiveness of vaccination in the short to medium term…”

Therefore, it is time to abandon fear-based approaches, based on seemingly random blanket containment as the response to the pandemic“.

Indeed, Véran recently acknowledged in a submission to the Council of State.

Insofar as the Ministry recognizes that the vaccine does not offer sufficient individual protection, that it exposes to severe forms of the disease and that it does not prevent the transmission of the virus, it is not clear why it persists in its current propaganda to the propaganda to the contrary.