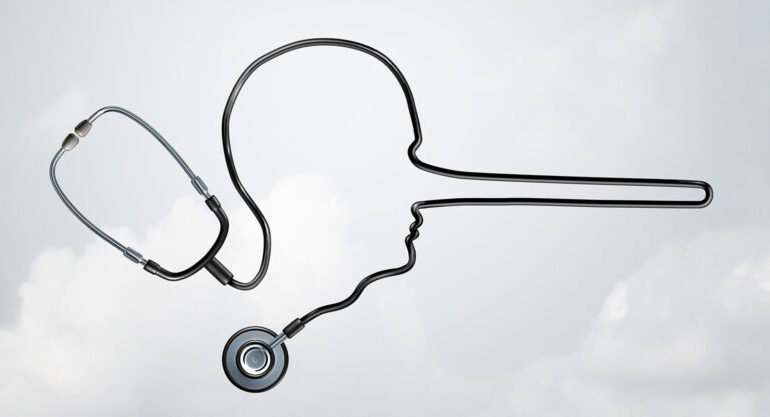 As populations around the world face coercion to submit to COVID-19 gene-based ‘vaccination’, including being locked out of employment and medical care, while reports of deaths following vaccination soar, a scandal regarding the legitimacy of COVID vaccine authorization processes is unfolding.

Following the exclusive revelation on this website that a Freedom of Information request to the Australian drugs regulator (the Therapeutic Goods Administration or TGA) approved the Pfizer-BioNtech mRNA vaccine in record time, yet never sighted Pfizer’s patient-level data (IPD), another regulatory scandal is breaking.

The TGA story was published here in June, asking basic questions regarding the TGA’s probity in performing their most fundamental task: validating clinical trial data submitted by Pfizer. Instead of verifying the data, the TGA simply rubber stamped the Pfizer vaccine, accepting on face value Pfizer’s misleading claim that their product showed “95% efficacy to prevent COVID-19 infection”.

Since then, worldwide data, particularly in the UK and Israel (but also in smaller countries such as Iceland and Gibraltar where vaccination rates approach 100% yet cases are still rising), have shown disappointing real world effectiveness, in contrast to Pfizer’s claims. Given Pfizer’s legal history of healthcare fraud it was imperative that the drug regulators verify the drug manufacturers’ submission data prior to COVID vaccine approval.

The TGA failed to do so, but what about the other drug regulator held in high regard around the world – the UK’s MHRA?

Doctors for Covid Ethics can reveal that the MHRA never validated Pfizer’s trial data either.

On 7th June 2021, a Freedom of Information (FOI) request was submitted to the MHRA, seeking documentation relating to the temporary authorization of the Pfizer (BNT162b2) and AstraZeneca (ChAdOx1) COVID-19 vaccines. Specifically, the FOI (FOI 21/632) sought:

Rather than answering any of the questions or supplying documentation, however, the MHRA responded with generalities regarding usual process, and devolved their responsibilities to Public Health England, providing for a tangled web of deflection. See the MHRA’s initial response to the FOI request here, and the FOI applicant’s follow-up reply seeking specific answers rather than obfuscation here.

In addition to citing standard practice and noting that “the sponsor” ie Pfizer, “had access to the raw data”, the MHRA directed the FOI applicant to an earlier committee meeting with the Commission on Human Medicines (CHM), held on 24th December 2020. Minutes from that meeting reveal that the CHM had been told: “Results from the MHRA analysis of raw data from the interim analysis showed VE of 91% (CI 63, 98) in the period from day 14 after the first dose to when dose 2 was given. Results from an independent analysis by Public Health England of the full Pfizer dataset were also discussed.”

A document summarising the CHM meeting is here.

However, based on their FOI responses, the MHRA appears not to have analyzed any raw data at all. In an email dated 29th July 2021, following the FOI applicant’s second request for assurances that the MHRA had conducted its own data analysis, the MHRA stated:

“In order to clarify our previous statements, we can confirm the following for you: Patient-level data from clinical studies is submitted to MHRA with all applications to authorise new medicinal products. No authorisation was made to the sponsor, as none was required. “ The MHRA then directed the applicant to public posts regarding COVID vaccine authorization on government websites.

This reply was clearly inconsistent with the CHM minutes of 24th December.

Given that the MHRA had deflected to the CHM meeting as evidence that “the clinical trial data were analysed as they would be for any marketing authorisation”, a further Freedom of Information request was submitted on 31st July 2021 – this time to Public Health England. The second FOI request related to the purported “independent analysis… of the full Pfizer dataset” by PHE, as cited at the CHM meeting.

The response was swift and negative.

The PHE response goes on to state “In accordance with Section 1(1)(a) of the FOI Act, PHE can confirm it does not hold this information. It is not the case that PHE had access to the full Pfizer dataset.”

In other words, the MHRA (the UK drug regulator that is tasked with ensuring safety of new drugs) failed to analyze the Pfizer data itself. Furthermore they claimed to have given this job to Public Health England who stated categorically that they had no access to the data, let alone conducted data validation or analysis.

The full document relating to the Public Health England FOI is available here.

The bottom line is that this is the second of the big four drug regulators (MHRA, TGA, EMA, FDA) who have never inspected nor assessed the validity of Pfizer’s “miracle” data.

Which begs the question – who, outside of Pfizer, has verified and analyzed Pfizer’s trial data? Why should the public take Pfizer’s word on the results of their own investigations, when tens of billions of dollars in profits are at stake? What is the true role of medical regulators if their approach to “any marketing authorisation” is laying a trail outsourcing data validation to a body that never received, let alone inspected, the manufacturer’s data?

And why was the Commission on Human Medicines told that Public Health England had undertaken an “independent analysis… of the full Pfizer dataset” when that was not the case?

The answers to these questions are critical to public health and public safety from COVID-19 vaccines. The plausibility of Pfizer’s claims regarding their trial data had already come into question prior to these FOI results, based both on numerical inconsistencies and scientifically untenable assertions in Pfizer’s documentation of their findings.

An analysis by professors of immunology, biochemistry, toxicology and pharmacology, for instance, has detailed “unlikely claims and contradictions” in Pfizer’s clinical trial reporting. This includes sudden and uniform onset of immunity across all vaccine recipients on day 12 following injection, which is “not at all a biologically plausible outcome”. Moreover, according to Pfizer’s documentation, the sudden-onset immunity occurred before, not after, neutralising antibodies appeared, whose levels only began rising 9 days later, reaching maximal levels on day 28, more than two weeks after clinical immunity is claimed to have set in. Further discrepancies have been noted numerically, with different analyses of the same data by Pfizer containing inconsistent numbers which “cannot possibly be reconciled; one must be false. Since, as discussed, the sudden onset of immunity implied by [the results] lacks any biological plausibility, it is most likely that it is this data set which was fabricated.”

With anomalies this stark, against Pfizer’s history of setting records in the billions for criminal fines and settlements over fraud and unsafe medical products, including conducting unauthorized clinical trials, and in light of the lack of regulatory transparency and failures of regulatory oversight documented here, COVID vaccine recipients are entitled to ask: Did Pfizer fabricate their data for the COVID-19 mRNA vaccine?