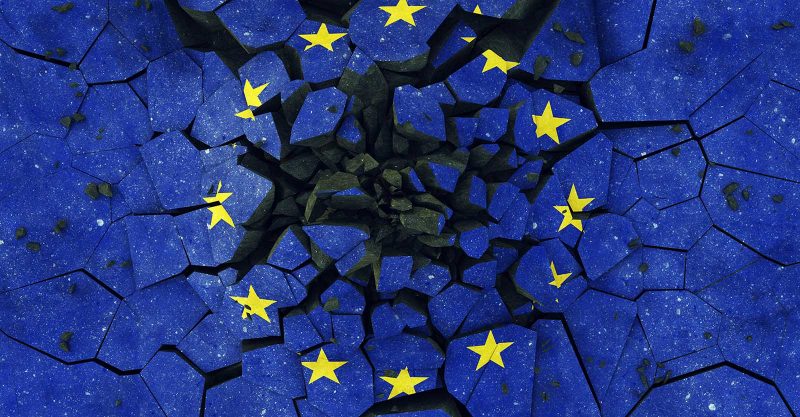 Since the WHO declared a pandemic, Europe has seen the advent of two curious legal instruments: the Digital Green Certificate (DGC) and Passenger Locator Forms (PLFs). Working shoulder-to-shoulder as a draconian ‘universal framework’, they are digging a six-foot legislative hole in which to lay freedom of movement and the concept of bodily integrity to rest.

Until now you have been able to travel freely. Generally, you required proof of identity and citizenship, ie a passport. Sometimes there were visa and medical requirements. Within the Schengen Zone meanwhile, European citizens didn’t even need a passport.

And until now, you had command over your own body. You could choose your medicine, for example. If you got sick, generally speaking, you decided on your treatment. You could only be imprisoned if you did something wrong.

Until now you were a person, a citizen; free to move and bodily autonomous.

You may have noticed that this has all changed. However you may not realise how and to what a dramatic extent this has changed, or why.

It’s not that you can’t travel anymore. The State will still let you travel—in return for certain permissions. Before you can move, you will let the State do things to your body; conduct an unsanitary test or administer an experimental gene therapy for example—whether or not you are sick. Then, as you begin to move, the State will track and imprison you as it sees fit.

So, to travel, you will have to give up the right to decide what happens to your body. Instead, in certain matters, you will let the State decide. Perché? Because the State presumes you are a threat to public health, and you accept this.

Now let’s look at the two instruments that make up this new pact between government and ‘passengers’ or, better understood, all members of our presumably plague-bearing society.

The first is the Digital Green Certificate, DGC, which followers of Children’s Health Defense Europe will be familiar with. It’s is a health control system incorporating medical certificates which you will carry on your phone.

The DGC will allow ‘authorities’ (undefined) to discriminate between people on the basis of their ‘health’ (remembering that whether or not these people are sick will be irrelevant). Not just at the border, but within the territory of member states as well.

Whether you’re going on a family holiday or for a meal with friends, border guards, national police forces and private agents such as security personnel will divide the vaccinated Europeans from the non-vaccinated, the tested from the non-tested and the immune from the non-immune.

The second pillar of this despotic hell is the PLF.

Already in many countries such as the UK and Ireland, before travelling, you must fill in such a ‘form’. It gives the government extensive information about you and your journey, right down to your seat number and any rooms in which you will be staying.

Here, ‘journey’ does not mean going from A to B. As far as government is now concerned, your journey starts before you leave A and continues for some time after you get to B. You see, the ‘passenger’ in PLF is defined rather loosely.

This information is shared with numerous public agencies (in Belgium, for example, the Interior Ministry and the Ministry of Health) so they can determine your various ‘locations’. They will want to know where you are every step of the way and, of course, how to contact you.

If you are travelling to begin with, it’s because, by means of the DGC, you have ‘proved’ that you are not a threat to public health. However this could change, and you will be hearing from the authorities when it does. Whatever your status when you began your journey, there is always the risk you will realise your constant potential as a threat.

Say, at some point on your journey, the authorities think you picked up an infection. Perhaps you were on a plane with someone who later tested positive for Covid-19, or some other disease chosen by the World Health Organisation. The infected’s PLF will show he was on that flight, and so too on yours. So a week or two into your ‘journey’ (remember, this doesn’t stop at the airport, or your hotel…) the authorities will call. They may ask you to come in for testing yourself. They may ask that you put yourself under house arrest. Or they may have made arrangements for that themselves.

In effect, the PLF isn’t about a passenger in the sense of a person in conveyance. Nor is it about location, even if that is taken to mean the action of finding that person. And it isn’t a form either.

The PLF is rather an agreement between you as a traveller and the State. With the medical pass, the DGC, you proved you were healthy. But in return for the privilege of travel you must sign this agreement, this PLF. You must, in essence, wear a tracking device and grant the State—for a time—the right to confine you at its pleasure.

Does that seem an overstatement? When I say ‘at its pleasure’, I mean the State will decide when you are confined and you will have no say in the matter because of the so-called health instrument’s ill definition. So instead of calling it a PLF, how does ‘time-limited tracking and arrest agreement’ sound?

You may think the arrest part will happen once in a blue moon, under reasonable circumstances. You have much more faith in the goodness of the State than I do.

Apart from the fact that planning a trip within Europe, particularly a commercial one, will become an affair fraught with the risk of interference and rough curtailment, what if someone in the State apparatus took a disliking to you? What if the State considered you some other kind of threat, a domestic terrorist for example?

Under this system, it won’t be hard to make your life miserable. Any number of State as well as private agents will have access to your data. And it won’t take much to have you put in hotel quarantine to the tune of some thousand Euros, at your own expense of course.

Weirdly, the EU has already admitted that testing and putting travellers under house arrest does not work, and so the PLF is useless, Sadly, we have been here before with the EU and the DGC. The EU knows that European courts have ruled that vaccination does not prevent transmission and that PCR testing does not prove infection, but wants to bring in the DCG anyway.

Thus a steady flow of doublespeak and outright bull has issued from the Institutions to serve as justification for these dangerous absurdities: The DGC will allow discrimination between different kinds of travellers, all the while restoring freedom of movement, which allows no such discrimination. The PLF will prevent a rise in infections by allowing testing and quarantine of travellers, which does not prevent a rise in infections.

But is it all just good old fashioned eurocratic red tape? An exercise in busybody officialdom? A bog-standard form on which to jot a few quickly forgotten details?

Well, consider this: UK citizens who fail to fill their’s in correctly, say the government, face up to ten years in prison. When you could do more time than the average rape convict, you know the government wants this information badly. Also knowing that the PLF will make no difference to infections and thus cannot help to identify you as a health threat, we should wonder why.

Perhaps the government just wants control. In the words of the committee advising the Commission, the PLF allows authorities (whatever is meant by that) to make ‘decisions about […] travellers’. Are you even a traveller anymore, when you don’t make decisions about your own journey?