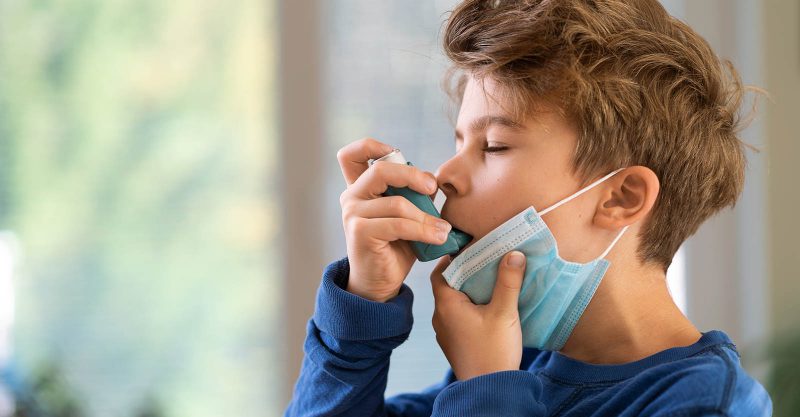 Since last February, the French association Réaction 19 has been fighting to free schoolchildren from wearing masks. Its weapon? The oximeter, a very simple tool of use, allowing to measure the rate of oxygen in blood. Explanations.

In France, the wearing of a mask at school for children aged 11 and over was made compulsory at the beginning of the school year in September 2020. This measure was then extended to younger children, from the age of 6, at the beginning of November. While most teachers apply to the letter this regulation described by some as “perverse” or “abusive”, and that the majority of parents seem to comply, without the shadow of a doubt, an association works to stop this health scandal.
Led with enthusiasm and determination by the Italian lawyer Carlo Alberto Brusa, who has always practiced in France and has done so for more than two decades, the association Réaction 19 launched the Oxychild operation last February. The goal? To encourage parents to measure the oxygenation rate of their children before going to school, then just after leaving school. And thus to demonstrate the harmfulness of the port of the mask at the small ones to the authorities, to make it cancel.

Measurement of the oxygen level in the blood

Why would the prolonged wearing of the mask be harmful? Quite simply because it seems to cause a reduction of the oxygen level in the blood. When the saturation level is below 95%, this can be very harmful to health, especially for children. For example, their brains can be deprived of oxygen for too long, resulting in lasting headaches. And what about in the long term, after long months of obligation?
To demonstrate the harmfulness of wearing a mask – a measure put forward by the authorities as a way to reduce the contamination of children, and therefore their relatives, by SARS-CoV-2 – Reaction 19 offered parents who wanted to acquire an oximeter and report the results on a certificate prepared by the association. The oximeter makes it very easy to measure the level of oxygen in the blood, as well as the heartbeat.

In order to make the Oxychild operation more secure and credible, some local groups of Reaction 19 have entrusted nurses with the task of measuring the oxygenation rate of the children, all in front of a bailiff. The first results are edifying, since after at least three hours of wearing the mask, many schoolchildren, college students and high school students have seen the oxygen level in their blood fall well below 95%. Some even recorded an alarming 85%!
On May 11, Reaction 19 put online, for its nearly 70,000 members, a text called “direct quote”, aimed at the rectors of the Académie. These are the very people in charge of enforcing the obligation for children to wear masks in schools. Thus, the parents whose children suffer from hypoxia because of the wearing of the mask will be able to directly summon one of these civil servants in front of the correctional court. To be continued!

Reaction 19: the French association Reaction 19, born at the end of April 2020, implements all legal and judicial means, in all individual and collective actions, having a link with the legislative, decree and regulatory measures, taken by the French authorities, the European Union and the world, to fight against the “pandemic” of the Covid-19. To its credit, notably: the Oxychild and Oxyjob operations and complaints against the obligation of face masks, Remdesivir, and vaccines.