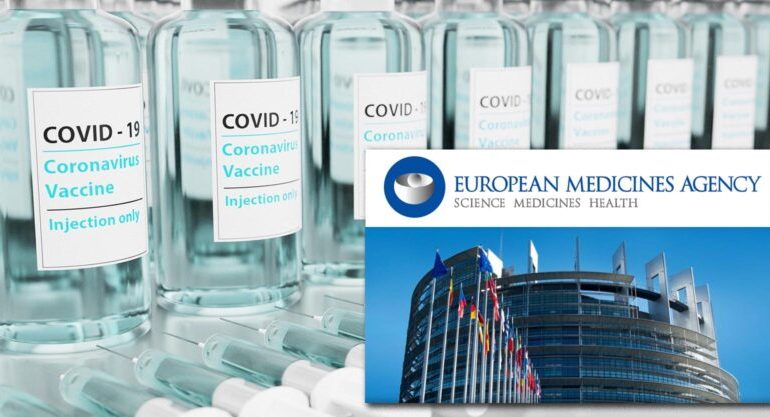 The notice was accompanied by a summary of the latest scientific evidence regarding vaccine-immune interactions, and a letter from Holocaust survivors demanding a halt to the vaccination program and an end to unlawful medical coercion. The notice read:

“The rush to vaccinate first and research later has left you in a position whereby COVID-19 vaccination policy is now entirely divorced from the relevant evidence-base.”

New discoveries in the immunology of SARS-CoV-2 and COVID-19 vaccines
What happens inside your body after injection with gene-based COVID-19 vaccines? How does this new ‘vaccination’ technology differ from usual vaccination methods, and why is that dangerous?

What causes blood clots after vaccination? How common is that likely to be, and is it really true that COVID-19 vaccination can cause blood vessels to leak? If so, what does that mean for the safety of booster shots?

In a document (PDF available here), doctors and scientists answer all those questions, based on the latest and best available science, and explain how several papers in 2021 significantly advanced our understanding of SARS-CoV-2 immunity, and therefore the science and safety of COVID-19 vaccines.

Unfortunately, as the COVID-19 vaccination programme has followed a policy of ‘vaccinate first – research later’, our understanding of SARS-CoV-2 immunity has only recently caught up with the rushed vaccination schedule.

Given that no clinical trials involved more than two injections of any vaccine, it is important that doctors and patients understand where the latest science leaves us in terms of how the vaccines interact with the immune system, and the implications for booster shots.

“We explain here that booster shots are uniquely dangerous, in a way that is unprecedented in the history of vaccines. That is because repeatedly boosting the immune response will repeatedly boost the intensity of self-to-self attack.”

The full notice sent to the European Medicines Agency and to the Members of Parliament with supporting documentation in PDF can be downloaded below:

In March 2021, we alerted you and the world to the fact that the approval of the so-called gene-based COVID-19 vaccines was premature and reckless, and that their administration constituted human experimentation in violation of the Nuremberg Code. Our concerns regarding the potential dangers of experimental agents were founded on common textbook knowledge of immunobiology and medicine. Simple reasoning led to the foresight that administration of the agents would incur multifaceted pathological events leading, among others, to life-threatening thromboembolic events. You were called upon to suspend the vaccination program until these concerns had been tended to in a satisfactory manner.

This request was scorned and the vaccination program has been rolled out on a global scale, with catastrophic consequences that we trust are known to you. Our original fears have been confirmed and further pathways leading to injury and death by the experimental agents have been uncovered through new scientific discoveries in 2021. The rush to vaccinate first and research later has left you in a position whereby COVID-19 vaccination policy is now entirely divorced from the relevant evidence-base.

The current state-of-the-tragedy is summarized in the appended document.

As you consider your next steps in mandating a vaccine that is contra-indicated by science, we draw your attention to recently published Freedom of Information requests, which reveal gross negligence in the COVID vaccine authorisation process, including misleading the Commission on Human Medicines as to whether any independent verification of vaccine trial data had occurred.

Hapless and defenceless children are now becoming victims of the blasphemic and negligently regulated vaccination agenda. We charge you for actively or tacitly paving the way to the second holocaust of mankind. The same charge has been independently submitted by survivors of the first holocaust and their families.

You are hereby placed on notice that you stand to be held personally and individually responsible for causing foreseeable and preventable harm and death from COVID-19 vaccines, and for supporting crimes against humanity, defined as acts that are purposely committed as part of a widespread or systematic policy, directed against civilians, committed in furtherance of state policy.

The gravity of your deeds is now laid out before the world. For the sake of yourselves and your families, rise and respond. Or go down in history books in indelible shame and disgrace.

We are an international association of lawyers, doctors, scientists, journalists as well as representatives of other professions. We represent interests of all people in the world who aspire to live in freedom, self-determination, dignity and truthfulness.

We, the survivors of the atrocities committed against humanity during the Second World War, feel bound to follow our conscience and write this letter. It is obvious to us that another holocaust of greater magnitude is taking place before our eyes. The majority of the world’s populace do not yet realize what is happening, for magnitude of an organized crime such as this is beyond their scope of experience. We, however, know. We remember the name Josef Mengele. Some of us have personal memories. We experience a déjà vu that is so horrifying that we rise to shield our poor fellow humans. The threatened innocents now include children, and even infants.

In just four months, the COVID-19 vaccines have killed more people than all available vaccines combined from mid-1997 until the end of 2013 — a period of 15.5 years. And people affected worst are between 18 and 64 years old – the group which was not in the Covid statistics.

We call upon you to stop this ungodly medical experiment on humankind immediately. What you call “vaccination” against SARS-Cov-2 is in truth a blasphemic encroachment into nature. Never before has immunization of the entire planet been accomplished by delivering a synthetic mRNA into the human body. It is a medical experiment to which the Nuremberg Code must be applied. The 10 ethical principles in this document represents a foundational code of medical ethics that was formulated during the Nuremberg Doctors Trial to ensure that human beings will never again be subjected to involuntary medical experimentation &

Principle 1 of the Nuremberg Codex:

(a) “The voluntary consent of the human subject is absolutely essential. This means that the person involved should have legal capacity to give consent; should be so situated as to be able to exercise free power of choice, without the  intervention of any element of force, fraud, deceit, duress, overreaching, or other ulterior form of constraint or coercion; and should have sufficient knowledge and comprehension of the elements of the subject matter involved as to enable him to make an understanding and enlightened decision.

(b) This latter element requires that before the acceptance of an affirmative decision by the experimental subject there should be made known to him the nature, duration, and purpose of the experiment; the method and means by which it is to be conducted; all inconveniences and hazards reasonably to be expected; and the effects upon his health or person which may possibly come from his participation in the experiment.

Re. (a): There is no question of a free decision. Mass media spread fear and panic and use the rule of Goebbels’ propaganda by repeating untruths until they are believed. For weeks now they have been calling for the ostracism of the unvaccinated. If 80 years ago it was the Jews who were demonized as spreaders of infectious diseases, today it is the unvaccinated who are being accused of spreading the virus. Physical integrity, freedom to travel, freedom to work, all coexistence has been taken away from people in order to force vaccination upon them. Children are being enticed to get vaccinated against their parents’ judgement.

Re (b): The 22 terrible side effects already listed in the FDA emergency use authorization were not disclosed to the subjects of the experimental trial. We list those below to the benefit of the world public.

By definition, there has never been informed consent. In the meantime, thousands of side effects recorded in numerous databases are on record. While the so-called case numbers are being bleeped in 30-min-intervals by all mass media, there is neither any mentioning of the serious adverse side effects nor how and where the side effects are to be reported. As far as we know, even recorded damages have been deleted on a large scale in every database.

Principle 6 of the Nuremberg Code requires: “The degree of risk to be taken should never exceed that determined by the humanitarian importance of the problem to be solved by the experiment”.

“Vaccination” against Covid has proven to be more dangerous than Covid for approximately 99% of all humans. As documented by Johns Hopkins, in a study of 48,000 children, children are at zero risk from the virus. Your own data shows that children who are at no risk from the virus, have had heart attacks following vaccination; more than 15,000 have suffered adverse events – including more than 900 serious events. At least 16 adolescents have died following vaccination in the USA. As you are aware, just around 1% are being reported. And the numbers are increasing rapidly as we write. With your knowledge.

Principle 10 of the Code: “During the course of the experiment, the scientist in charge must be prepared to terminate the experiment at any stage, if he has probable cause to believe, in the exercise of the good faith, superior skill and careful judgment required of him, that a continuation of the experiment is likely to result in injury, disability, or death to the experimental subject.”

Allegedly around 52% of the world population has received at least one shot. Honest disclosure of the true number of “vaccine” injured, terminally injured as well as deceased worldwide is long overdue. These are millions in the meantime. Provide us with the true numbers of Covid vaccine casualties now.

How many will be enough to awaken your conscience?

Concentration Camp survivors, their sons, and daughters, and grandchildren, including persons of goodwill and conscience:

The personal data of the Holocaust Survivors and their keens may be provided for authentication purposes upon an official request. In an open letter, the data will not be published for the protection of the signatories for reprisals For the same reason, contacting us is only possible by e-mail: trust-in-humanity@pm.me