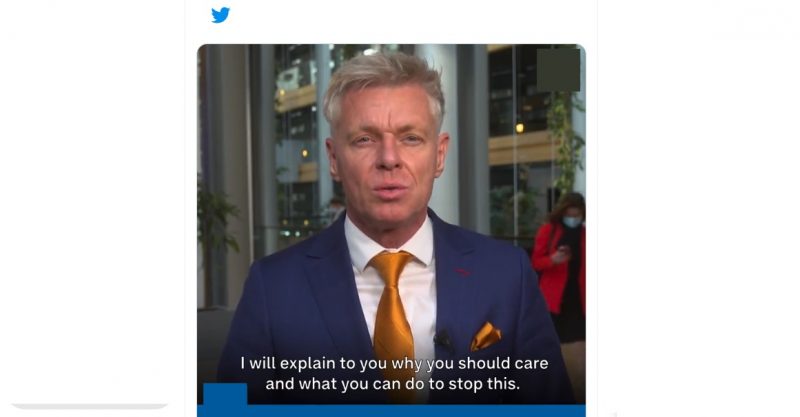 Robert “Rob” Roos is a Member of the European Parliament. As such, he has long been critical of the EU’s handling of the “pandemic” called crisis. Others, such as CHD Founder and President Robert F. Kennedy, jr. and CHD-Europe Advisory Board Member Catherine Austin Fitts call it by a different name: A Coup d’Etat against democracy.

The implementation of a digital passport system is a crucial element in this plan, which would go on to enable the creation of a Central Bank Digital Currency (CBDC) that eventually will be able strip you of your assets and turn them into a credit courtesy of governments led by authoritarian technocrats. You can not use money any longer unless someone “higher up” agrees to it. Together with plans to turn dissentic voices into “domestic terrorists” that would be the end of all of the freedoms our forefathers paid with their lives to defend.

One of these systems that could be turned into a didgital concentration camp is the Digital Green Certificate introduced by the European Union in June 2021 under the pretext of “enabling freedom of travel”. It turned out to be quite the opposite.

Consequently, brave parliamentarians such as Mr Roos have started an initiative to block the EU commission’s attempt to extend the “Covid Pass”/Green Certificate until at least 2023.

While CHD is not endorsing political platforms but focuses on advocacy for Children’s Health and Fundamental Human Rights, we kindly ask you to please take 90 seconds and listen to this video which Mr Roos has put out, and also follow the link to object to these plans of the EU Commission’s website:

The European Commission, wants to they extend the covid pass until June 2023. In one and a half minutes, I will explain to you why you should care, and what you can do to stop this.

The covid pass was introduced by the European Union in June 2021. They claimed it would make travel within the European Union easier. But that never worked. Countries still kept introducing their own restrictions. Within just a few months, member states transformed the covid pass into something much bigger. All of a sudden, you needed a QR code to enter a restaurant or even to go to work. But it was never introduced for that.

Now, Omicron is the dominant strain of the virus. To most people, it’s not dangerous anymore. The vaccine doesn’t stop the spread. Science shows that the QR system does not come with any health benefit anymore, while undermining fundamental rights.

This is the moment to abolish the covid pass once and for all.

But the European Commission wants to extend it until at least June 2023, an extremely bad idea.

Together with several colleagues in the Parliament, I will do everything I can to stop this. But we have to do it together.

We need your help, please follow this link to the European Commission website and tell them that you oppose this extension. Please do it as soon as possible, because conditional freedom is NO freedom!