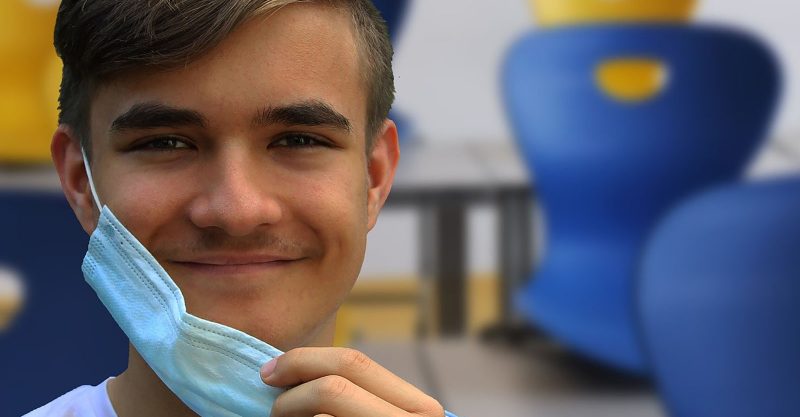 Fellow citizens can download here Mr Joseph’s template, and apply for permission to be in public, and for their children to be at school, without a mask

Encouraging news comes from France this week. As reported by France Soir, an intrepid lawyer has kick-started a grass-roots initiative in opposition to central government and its oppressive mask mandate. Jean-Pierre Joseph is encouraging his fellow Frenchmen and women to take the law into their own hands and together defeat a regime which he calls ‘scientocracy’.

We’re going to take a brief look at the law behind his action—but first, some terminology:

In France, the tribunal judicaire (ordinary court) is the first port of call in most civil, criminal and commercial matters. It’s often organised at département level, of which there are 101 in France.

An ordonnance sur requête is a interim ex-parte order: an order you can ask a judge of the ordinary court to make without your opponent being heard. This is usually in case of a urgency, to obtain temporary relief pending a later, more involved action.

Mr Joseph is proposing that citizens of France, fed up with respiratory interference from government, instruct a lawyer to bring an ordonnance sur requête before their local tribunal judiciaire.

According to Mr Joseph, ‘our goal with the ordonnance is to get permission for claimants and their children to breath normally in public, which will allow [them] to move around in public, particularly at school, without having to wear a mask.’ To this end, he has created a template which citizens can give to a lawyer, who can then make the application and begin proceedings.

According to Mr Joseph, masks do not prevent virus transmission, and in fact are so injurious of human health that they exacerbate the WHO-declared pandemic, as restricted breathing and the fear engendered by the mask-mandate lowers immunity. Mr Joseph provides a wealth of evidence to support his assertions, including public admissions by French government ministers of the uselessness of face coverings.

In view of the harm dealt by the executive to the citizenry, Mr Joseph reminds the French courts of their ancient duty to intervene. Article 16 of the Declaration of the Rights of Man and the Citizen, a fundament of French law dating from the Revolution, assures the separation of powers. Now, more than ever, argues Mr Joseph, an independent judiciary must stand up to a rampant executive and put an end to their attack on freedom.

According to Mr Joseph, the imposition of masks in public, without any proof of utility, yet much evidence of attendant harm, is a violation of art. 2 of the 1997 Oviedo Convention of the Council of Europe, which provides that ‘the interests and welfare of the human being shall prevail over the sole interest of society or science.’

Thus, forced face-covering also violates article 3 of the 2005 Universal Declaration on Bioethics and Human Rights, which provides that:

Meanwhile, the UN Convention on the Rights of the Child, 1989, in particular articles 36 and 37, forbid the exploitation or degradation of children. Apart from children whose health have been damaged by mask-wearing, these provisions offer special protection to school pupils who have been made to wear a mask against their will, and punished or shamed for refusal.

Finally, making extensive reference to scientific studies blaming face coverings for a host of injuries, Mr Joseph asserts that the harms visited by the mask mandate, in particular on children, constitute abuse and endangerment of the person in terms of the French Criminal Code.

‘Despite what the government seems to think, the claimants are not devoid of the capacity for reflection or analysis,’ says Mr Joseph. ‘They have realised that executive decision-making is completely at odds with scientific fact.’

He points out that thousands of doctors have protested against the tyranny of Covid-19 measures which are disproportionate to the threat. Infection proves lethal in as few as 0.1% of cases; typically when the patient is over 85 and suffering from other health complications. Furthermore, countries which have largely foregone quarantine, such as Sweden and Belarus, have fared no worse than locked-down counterparts.

Mr Joseph finds it curious that the mainstream media continues to ignore these facts, while giving a platform to government advisers with financial interests in pharmaceutical companies, which in turn sell Covid-19 products to the State.

He has offered to coordinate the mass action and assist any lawyers involved. Applications have already come before tribunal judciaires in Grenoble, Valence, Privas and Lyon, suggesting that Mr Joseph’s initiative is already invigorating the French people in a dignified stand against ‘scientocracy’; one which has curtailed their freedom to move, and even to breath.’

The full interview of JP Joseph in French is available here. It contains all the technical details and references for the plaintiffs and their lawyers.