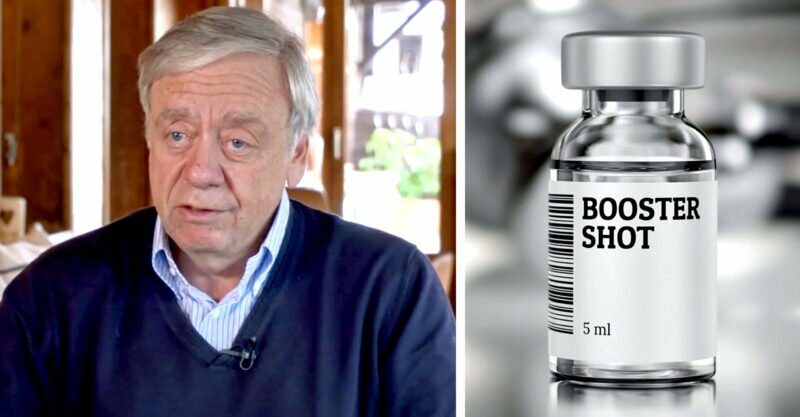 After realizing his COVID-19 booster shot may have sent his cancer into overdrive, Michel Goldman, M.D., Ph.D., professor of immunology and pharmacotherapy at the Université libre de Bruxelles in Belgium, said going public with the information was the “right thing to do.”

Michel Goldman, M.D., Ph.D., professor of immunology and pharmacotherapy at the Université libre de Bruxelles in Belgium, suspects his third dose of Pfizer’s COVID-19 vaccine may have sent his cancer into overdrive.

Goldman, 67, is one of Europe’s best-known champions of medical research and a lifelong promoter of vaccines.

But he told The Atlantic he wants discussion of the COVID-19 vaccine to be transparent — so he went public about his suspicion that the Pfizer booster shot he received on Sept. 22, 2021, may have induced rapid progression of his angioimmunoblastic T-cell lymphoma (AITL), a type of lymphoma he’d been diagnosed with before he got the booster shot.

After his diagnosis, Goldman said he rushed to get the booster shot, believing he would need it more than most people because once he started chemotherapy, his immune system would be compromised.

But after receiving the shot, Goldman’s follow-up CT scan showed something unexpected: Within only a few days, his cancer had grown so fast that cancerous points were lighting up all over his scan.

“It looked like someone had set off fireworks inside Michel’s body,” The Atlantic reported.

Goldman and his brother, Serge Goldman, a fellow scientist and head of nuclear medicine at the teaching hospital of the Université libre de Bruxelles, suspected Goldman’s COVID-19 booster shot may have triggered the rapid proliferation of cancerous growth in his body.

Read the Full Article in The Defender.