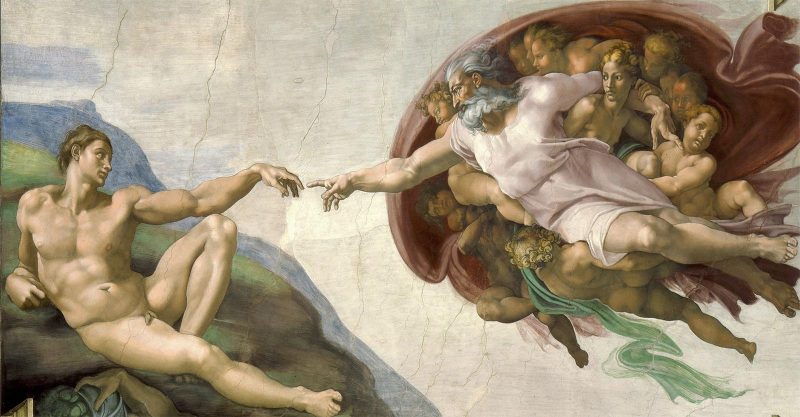 1. What is Papal Infallibility?

“When the Roman Pontiff speaks ex cathedra, i.e., when, in the exercise of his office as Shepherd and Teacher of all Christians, in virtue of his supreme apostolic authority, he defines a doctrine concerning faith or morals to be held by the whole Church, he possesses, by the divine assistance promised to him in blessed Peter, that infallibility which the divine Redeemer willed his Church to enjoy in defining doctrine concerning faith or morals.”

“Infallibility only applies in very specific situations. The Pope must be speaking as a universal shepherd. Taking a position on specific problems is therefore excluded (…). He must be acting explicitly in his official capacity with apostolic authority as the successor of Peter. Personal opinions and anecdotal teachings, even very official ones such as encyclicals, are thus excluded. Lastly, the “definitions” must concern faith or morals. Political issues, dreaded by governments of the time, are excluded.”

“Strictly speaking, the infallibility of the Pope has only come into play once: on All Saints Day in 1950 when defining the Assumption of the Virgin Mary. In reality, the method was identical to that of the dogma of the Immaculate Conception. Pope Pius XII had written to all the bishops to ask them two questions: “Are you of the opinion that the bodily Assumption of the Blessed Virgin can be proposed and defined as a dogma of faith and is this what you, your clergy and your faithful desire?” The Pope is therefore questioning the legitimacy along with the appropriateness of such a definition. It had been requested for a long time. It was celebrated liturgically on August 15. It followed on logically from the Immaculate Conception. Approval was therefore very broad.”

It is thus in this way – and it’s quite a limited way at that – that papal infallibility is exercised. It is quite far from what most people, even Catholics, imagine. It is therefore clear that, as regards matters of health, and in this particular case, a novel type of vaccination appearing on the market, the Pope can in no way whatsoever exercise his infallibility. This involves a personal point of view, which is allowed and can be freely shared but which must be discussed. Ultimately, since this is neither a matter of faith nor morals, infallibility can never apply; nor does it apply when we’re sliding down the slippery slope of disruptive transhumanism.

2. What is the slippery slope of disruptive transhumanism?

The great many parents, grandparents and even young people panicking in the face of the suffering or even death of a family member is perfectly understandable. As a psychologist myself caring for numerous people in distress, I’m no stranger to suffering in the field, especially psychological suffering.

Experience in the field is certainly important, but being able to take a step back and see the big picture is equally important. The map must be studied, not just the territory in order to understand the direction we’re heading in and the paradigm change taking place before our eyes. I have studied transhumanism since 2013. I have done a Master’s thesis in Anthropology on the subject. I have met many transhumanists and participated in international symposiums. I can therefore tell you with certainty that this ideology has injected itself, quietly with no media hype, into the medical field. Laurent Alexandre predicted this in his 2011 book, “The Death of Death” (« La mort de la mort »): It will be through the use of medical treatment that Transhumanism will take root.

The first phase of disruption is the arrival of biotechnologies, as Ray Kurzweil and Terry Grossman outlined in their 2004 book, “Fantastic Voyage: Live Long Enough to Live Forever”. For example, CRISPR/Cas9 is a protein that works like a pair of “genetic scissors” which earned its developers, Emmanuelle Charpentier and Jennifer Doudna, the Nobel Prize in Chemistry in 2020 and provided a glimpse of the future of medicine. With the arrival of CRISPR/Cas9 and RNA vaccines, we’re sliding down the demiurgic slope of the Modification of Man. Klaus Schwab, in his 2016 book, “The Fourth Industrial Revolution”, foresees, as one of the many future changes brought about by this new revolution, the coming of “Designer Beings”! This will no longer be about genetic modification for people facing imminent death. It will also involve embryos and designer babies, as GAFAM predicts.

The second phase will be the arrival of nanotechnologies in the medical sector. The ultimate goal will be to replace biological functions with nanorobots injected by the billions into the body. The human being will have been phased out and transformed into the “post-human”, which is the ultimate and openly stated goal of Transhumanism. Who will fight back against nanotechnologies if we aren’t able to stand up and oppose biotechnologies?

In short, accepting gene therapies for healthy people – since they are the ones who are supposed to benefit from vaccines – is essentially agreeing to the Modification of Man and committing oneself to his coming disappearance, clearing the way for the posthuman. Extolling the virtues of genetic vaccination, without understanding the future disruptive consequences, without even proposing other existing therapeutic solutions – and even sometimes forbidding them – is being reprehensibly irresponsible and reckless.

The Church cannot be hitched to the world and trailered around indiscriminately without “seeing” what’s going on, without understanding the therapeutic and ethical drift currently underway. To take an example, vaccinated people do not even know that they are in fact guinea pigs participating in a study. Is that even legal? The Church cannot content itself with simply adopting the only line of media-friendly discourse: the one that plays on emotion. It has the obligation to study the march of History and Humanity’s entry into the “Technocene”.

Without any media hype, over the course of the past 40 years, we exited the Neolithic period – 12,000 years of history! While 46% of the French population was still working in the fields in 1946, by 1982, only 7.1% was, and in 2019, it had dropped to only 1.5%! Country life as we once knew it is gone and it isn’t coming back. We’ll no longer see farmers in the fields. Instead, we’ll find ever-more technologically advanced agricultural machinery in their place. Having exited the Neolithic period, we’ve also left behind the Anthropocene, the period when humans shaped and had a direct impact on Nature. Today, we have entered a completely new era in the history of Humanity: the Technocene, the era where machines and technology make their mark on the whole of Nature. In this context, Humanity imposes fewer and fewer of its laws on the machines. The decision-making machine, as its power evolves exponentially, will impose its diktats on Man from now on. This is why the Technocene will be the “post-truth” era, the “post-medicine” era and the “post-human-rights” era.

The post-truth era will not involve human intelligence, reason, common sense or logic. It will involve Artificial Intelligence and those who will submit to it. It will be about “Artificial Truth” which will exclude all immediate sensory data and all field studies, which, they will claim, won’t be scientific! In this context, we understand why Big Pharma and field physicians are at odds.

The post-medicine era is the “Medicine 2.0” that Big Pharma is busy trying to impose on us. It will be less and less about “treating” human beings and more and more about “modifying” them. Natural remedies will be confiscated, opening the door to artificial remedies designed to transform Man and, ultimately, to the “Great Replacement” of Homo sapiens by the Post-Human. As Kurzweil and Grossman point out:

“(…) we will discuss a series of remarkable conceptual designs by Freitas for robotic replacements of our red blood cells, white blood cells, and platelets.”. They then state: “A hybrid scenario involving both biotechnology and nanotechnology contemplates turning biological cells into computers.”

The post-human-rights era is where old laws become obsolete and make way for new laws that favour these human modifications. And it’s already underway, because the French Medical Association (Ordre des médecins) now requires physicians to promote the RNA vaccine or else face prosecution and very serious sanctions. This places them completely at odds with the law of 22 August 2002 pertaining to patients’ rights. In essence, the Medical Association is ordering physicians to act illegally. How can people be properly informed if no physician understands the actual efficacy of the vaccine and the mid- to long-term adverse reactions? It seems to be some sort of veiled obligation to force participation in a massive scientific experiment. This dreadfully resembles what the Research Directorate-General of the European Union denounced in 2008 in the 6th Framework Project, “Knowledge NBIC”:

“Transhumanism norms on the horizon are leaning towards vague reinforcement of various capacities, making people with normal capacities “always already disabled”. This is strengthened by arguments in favour of an “obligation to improve” and an “obligation to participate in scientific experiments“. Such a worldview justifies a sort of sacrificing of oneself, of humanity, for the benefit of some other entity that would carry out more completely that which we value the most in ourselves, an idea of posthumanism that the author associates with “high-tech political theology” and “technological gnosis”.

In the Technocene era, Human Rights will be obsolete because Humans themselves will be rendered completely subservient to machines. Human beings will have disappeared.

In conclusion, in this context of culture shock and anthropological disruption, where no one can foresee what the final impact will be on Homo sapiens, Christians can in no way, shape or form, use papal infallibility to help them feel better about their personal decisions. Our Pope is intelligent enough to know that, for matters of vaccination, he was not exercising his infallibility. He knows that he can in no way use it in this situation. While it is only right to respect his thoughts and choices, it is nonetheless up to each and every well-meaning man and woman to use his or her own intelligence and common sense – while they still have an ounce of Humanity left in them.