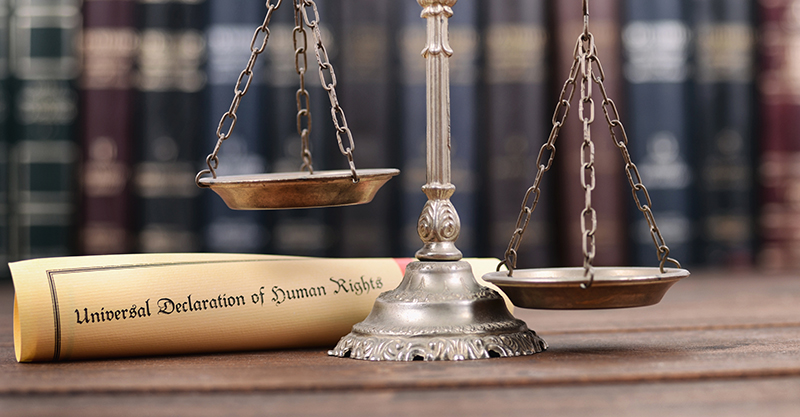 In the beginning of 2020  I had been alerted by European lawyers working on the mandatory vaccination  that the European Court of Human Rights (ECHR) in Strasburg had decided to pronounce a solemn ruling on this issue in its Grand Chamber.

Court cases in the ECHR are first filed in home countries.  It is only when domestic remedies have been exhausted that plaintiffs can sue their country in the ECHR. When similar cases are filed in different countries, the Court can decide to issue a general ruling on a specific issue. That decision then usually has a strong influence on the laws and courts of the 49 countries who recognise its jurisdiction.

Over the last years increasing vaccine mandates and their stronger enforcement all over Europe had triggered many lawsuits arguing  violations of human rights. And of course as soon as the pandemic began it became clear that this ruling would come at a crucial moment and would be of critical importance.

With the support of prof. Mary Holland, Children’s Health Defense was able to submit a “friend of the court” brief on this matter.

The  case discussed arised from a vaccine mandate law in the Czech Republic. Families opposed to compulsory vaccination sued, raising several human rights concerns under the 1950 European Convention on Human Rights : Article 8, respect for family life; Article 9, freedom of conscience; and Article 2 of Protocol 1 to the Convention, the right to education. The petitioners also raise the issue of informed consent to a medical intervention, arguing that compulsory vaccination violates the Convention on Human Rights and Biomedicine (the Oviedo Convention).

The letter cites the Nuremberg Code and the 2005 UNESCO Declaration on Bioethics and Human Rights. It also touches on the lack of proven safety and efficacy of vaccines, religious rights, conflicts of interest, discrimination, questionable science, censorship, risk of genomic change, risk of unintended genocide, and liability as critical concerns that strongly weigh against vaccine mandates.

The Grand Chamber was scheduled to have a public hearing on the case on April 30, 2020 in Strasbourg, but it was postponed to July due to corona measures.  In the meantime the Court replied that the amicus brief could not be accepted or answered as Children’s Health Defense was based in the United States where the ECHR has no jurisdiction.  While this came as a disappointment the amicus brief was nevertheless widely shared and used by vaccine freedom advocates. And an unexpected positive consequence of the Courts’ refusal is that it stimulated us to open up a Children’s Health Defense as a non-profit organisation in Europe to have more legal means to act…

As we are writing these lines the first Covid 19 vaccines have just received an emergency approval by the European Medicines Agency and are being rolled out.  While governments admit they don’t know if those vaccines are able to block transmission of the disease or if they are safe or would have an impact or the human genome, they do consider limiting individual rights according to vaccination status.

The ECHR has still not issued its ruling. We can only hope that it will rely on the respect of the fundamental values expressed in the European Charter of Human Rights rather than on the notion ‘health emergency’ and its abusive rhetoric. The battle is still on…

You can read our amicus brief here