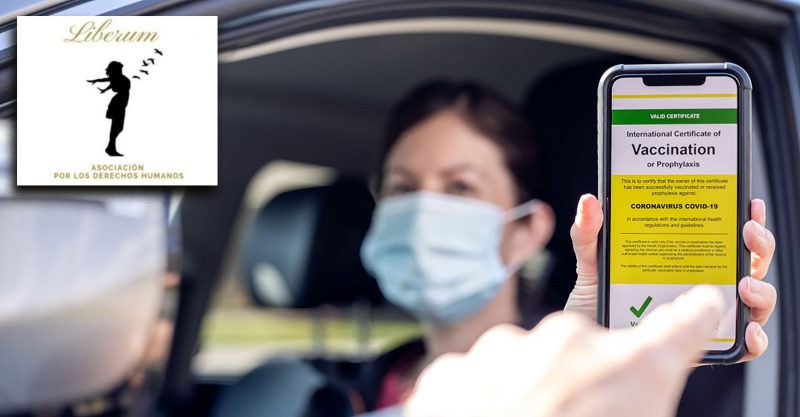 On August, 1st 2022, an Appeal of cassation against the judgment of the Covid-19 Passport of the Autonomous City of Melilla was filed in the Supreme Court.

The association Liberum explains: “we would initiate a series of actions so that the coercion attempts and excessive attacks that most of the Communities of our country have suffered, some to a “savage” degree, do not go unpunished.“

“So that it does not go unpunished, to set precedents, to show those who try to control our lives, health, decisions, work, leisure and rest that we are not willing to look the other way. To maintain the rights and freedoms of citizens is the goal that we at Liberum have set for ourselves.“

A reminder should be made.

In **Sentence No. 2698/2022, the Superior Court of Justice of Andalusia, Malaga contencious-administrative chamber**, openly acknowledges that the decision of the government of Melilla is a “slight” interference in the restriction of the DDFF (fundamental rights), and it is ” mild or strong”, it is still a restriction that the CCAA (autonomous regions) or in this case an Autonomous City, made clear by the TS in its Judgment 70/2022, of June 2, 2022.

Question of unconstitutionality 6283-2020 do not have jurisdiction.

Some CCAA and Autonomous Cities were immersed in a maelstrom of restriction of fundamental rights never seen in democracy.

The case of Ceuta was not an exception, imposing a Covid-19 Passport, which the association Liberum has shown is the Appropriate mechanism for the correct spread of the SARS COV-2 virus, granting a “SAFE-CONDUCT” to those “VACCINATED citizens”, when the reality is that the Passport was and will be the vehicle for the forced vaccination of the population under the motto, ” Either you get vaccinated or you will not have freedom“.

The legal team of Liberum, captained again by Alexis Aneas, has filed the first Appeal in case since the beginning of multiple contentious-administrative appeals against the savage restrictions of the Fundamental Rights of citizens.

Liberum already warned that the association would go to the last judicial instance in defense of Freedom, in all those autonomous regions that wildly limited the Fundamental Rights of citizens.